For the past eight years, I’ve spent 10 days every October on Hawaii’s Big Island. When I tell people this, I’m most often met with fake sympathy: “Ohhhh, rough life, having to go to Hawaii for work.” I smile and simply let them believe that I really do spend the whole time swimming with dolphins and tipping back Mai Tai’s.

While I’m able to sneak in a wee bit of fun from time to time, Kona is mostly a work trip. I fly into the airport and then scarcely venture past Sack n’ Save or Da Poke Shack.

This year, however, I wanted to expand my horizons beyond the pier and Ali’i Drive. I wanted to taste life beyond Huggo’s Mai Tai’s and Basik Acai bowls, as comfortably wonderful as they are. I wanted culture that wasn’t piped music in the lobby of the King Kam or a finish line fire dance.

What the island offered back was more than I could’ve asked for. 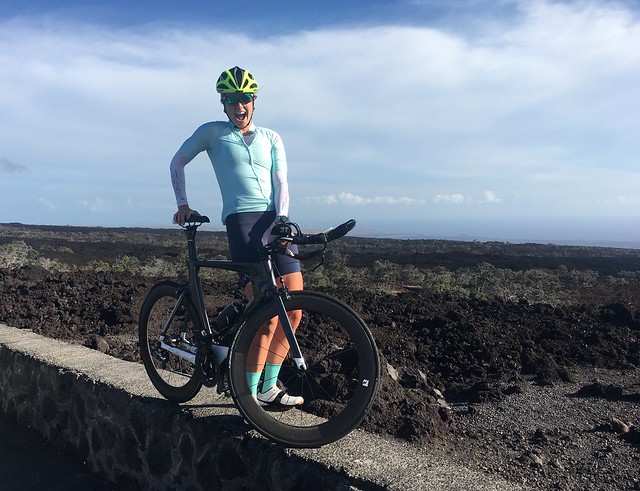 Traying to stay upright in the wind on a ride to Volcanoes National Park. 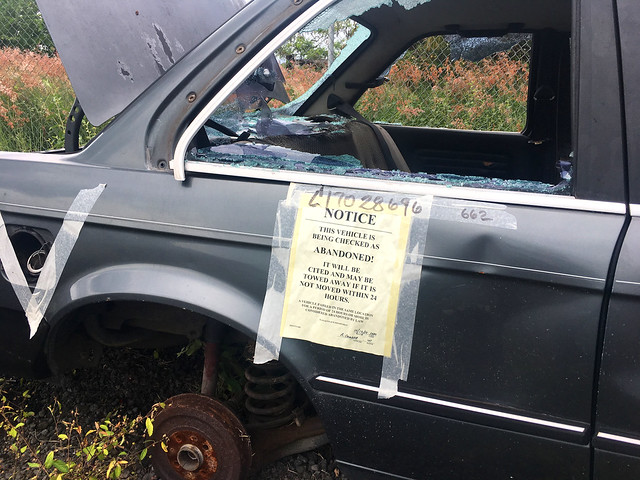 “This vehicle…may be towed away if it is not moved within 24 hours.” Ha.

It offered cool breezes, whipping winds, and refreshing rains on bike rides that snaked past roadside papaya stands and wrecked cars (why does Kona have so many wrecked cars?)

It offered a strange blend of places past that I could never quite put my finger on it: the lush and sticky forests of Africa, the pine-needled groves of Southern California, the lonely abandoned beaches of childhood haunts … the bars where heads turn when you walk in because it’s so obvious you’re “not from here.” 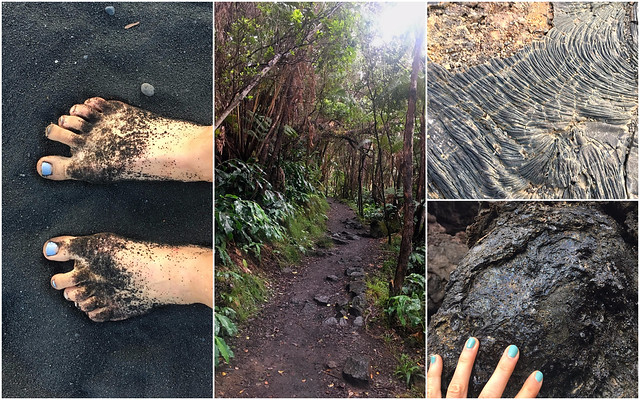 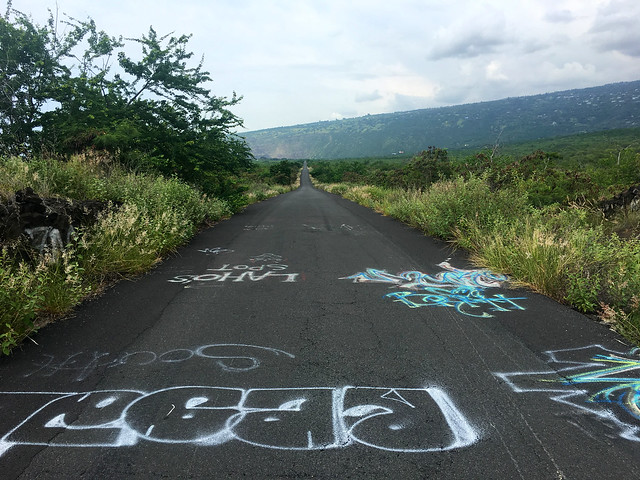 Roads for miles. (Not all graffiti canvases, mind you!)

It offered land that was alive: Beaches blacker than I imagined, and hardened, ancient lava in so many forms—swirled, crusted, crumbled, knotted, iridescent. At times, the earth seemed to breathe. Who knew?

It offered resigned looking sea turtles and exuberant fish that made me laugh out loud underwater. Fish with teeth that nibble while upside-down, as if enjoying their meal so much that they just don’t care. It was my first time snorkeling, and I thought why have I waited so long to see this hidden and magical world of fish that look like pencils or parrots swimming among their cities of corral and castles of lava rock? 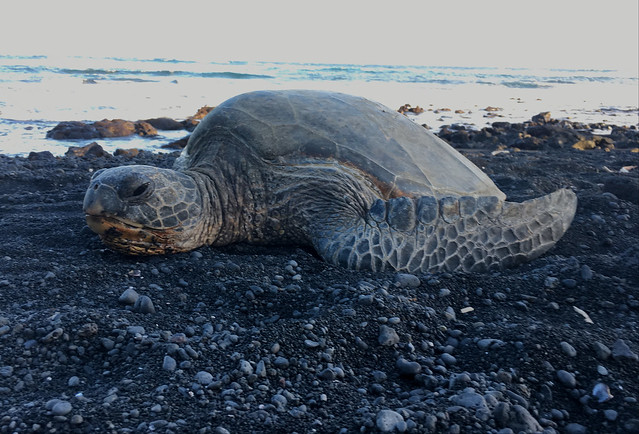 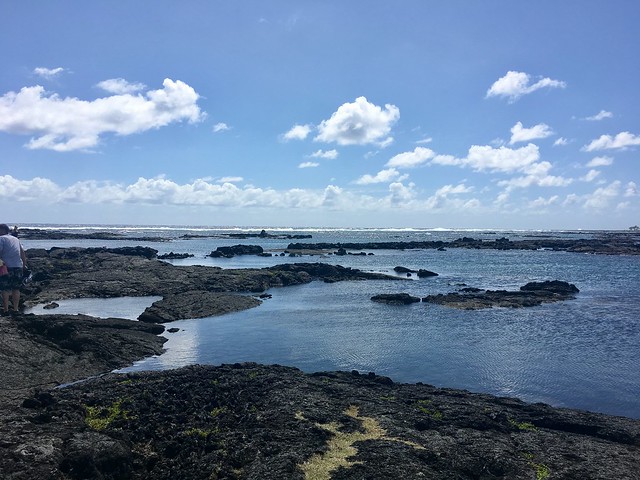 It offered roadside malasadas (Hawaiian doughnuts) and late nights picking our server’s brain over ribs or burgers at Kaleo’s in Pahoa (a town described as lucky, having avoided a 2015 lava flow from one of Hawaii’s three active volcanoes which stopped just 600 feet shy of the town.) Not to mention healthy hippie breakfasts at the Tin Shack, a gathering place for people watching and striking up 2-hour conversations with a relocated Californian artist—fermented cashew-macadamia nut “cheese” spread, anyone? 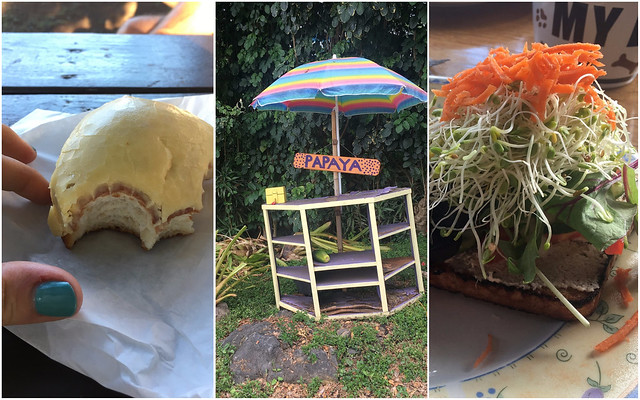 It offered a side of the island that rather than pristine resorts and white sand beaches, prefers to show its moods; its “Hilo rains” and jungles, pick-up trucks and hippies, bustling farmer’s markets and tree frogs that go “bo-beep” in the night.

It wasn’t exactly what I expected, and it was exactly perfect. 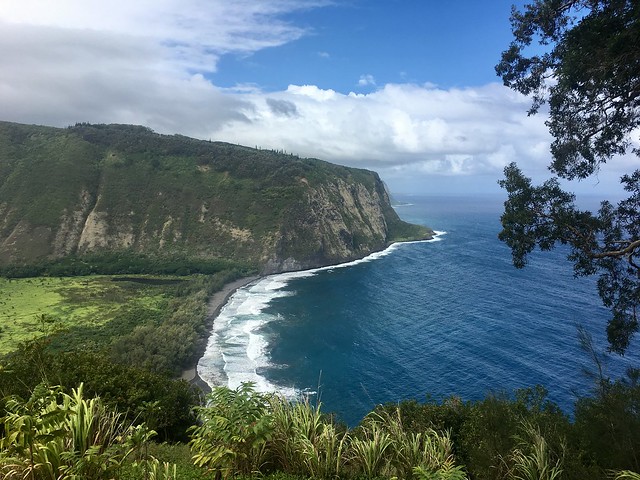 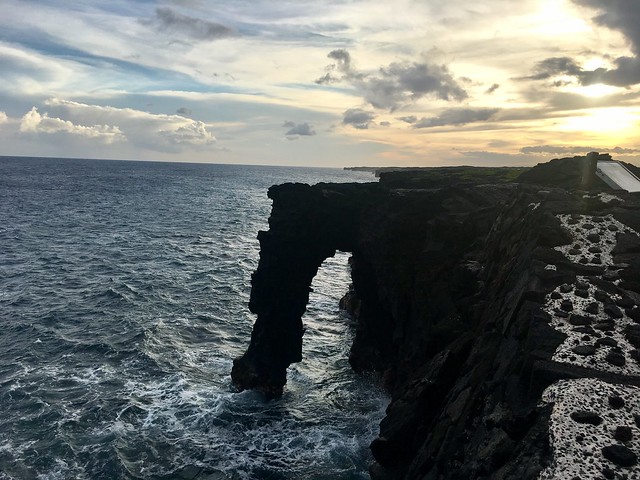 On the heels of a four-week long summer extension brought to you by Spain and Hawaii, returning to Raincouver has been tough. (Go ahead, say it.) A mix of feelings flooded in when we touched down on Friday night, softened a little by one of my cousin’s apple crumbles.

But these dark, wet days also hold stark and simple pleasures—home, habit, familiar faces—those simple things that are the antithesis of travel. Those sweet things that make the ebb and flow of adventure and routine so rich.

Thanks, Kona, for so much more than the extra km’s on the bike and glow on my skin. It’s nice to finally meet you.