Who knew Beyoncé would end up inspiring the title for a post from the Hippie Triathlete? Something by the Grateful Dead or Jefferson Airplane surely would have been more fitting (though faithful readers of this blog know that the hippie moniker is not literal.) 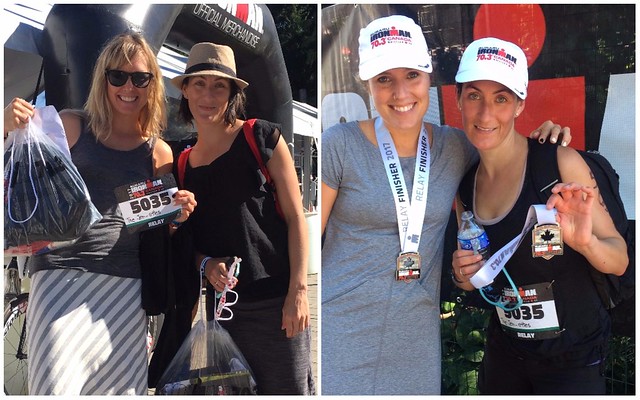 The Jen-ettes pre- and post-race.

I have yet to witness positive thinking heal a stress fracture, but I’m going to run with it.

Yesterday, on a beautiful day in the town where I’ve been making a good batch of memory soup this summer, I took part in my first-ever Ironman 70.3 relay. I’ve always been aware of the relay division in Ironman races, but I’ve never really given it much of a thought until this year when I realized that I just wanted to be part of the day — even if it was by only doing two-thirds of a half of a thing. (I’ll leave the math to someone else.) 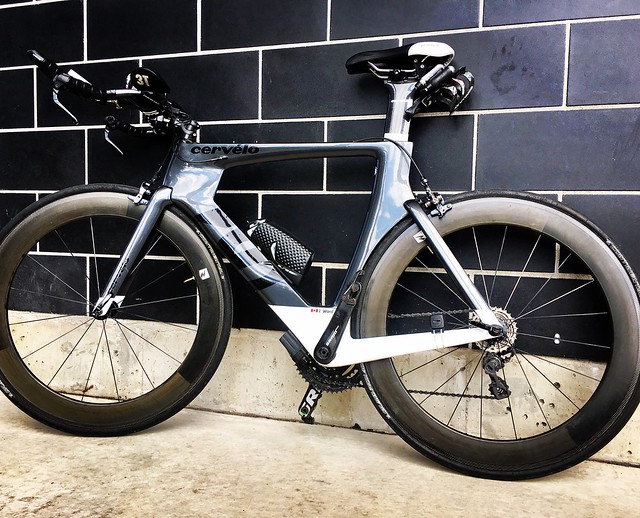 The P3 ready to roll.

On Thursday I shined up the P3 and took her to the Demonstration forest for a pre-race spin. And suddenly, just like that, there was the feeling. You know the one I mean. You might feel it at the age of 5 when you ride a Ferris wheel for the first time; at 16 when you find out the person you like likes you back; or at 26 when you wonder, can I do that thing? You might feel it at 36, facing your simultaneously terrifying and exhilarating unwritten chapters. I can’t speak to anything beyond, but I hope I will keep on feeling it.

I chase a lot of different things in this sport, but that feeling? I think that feeling chases me. 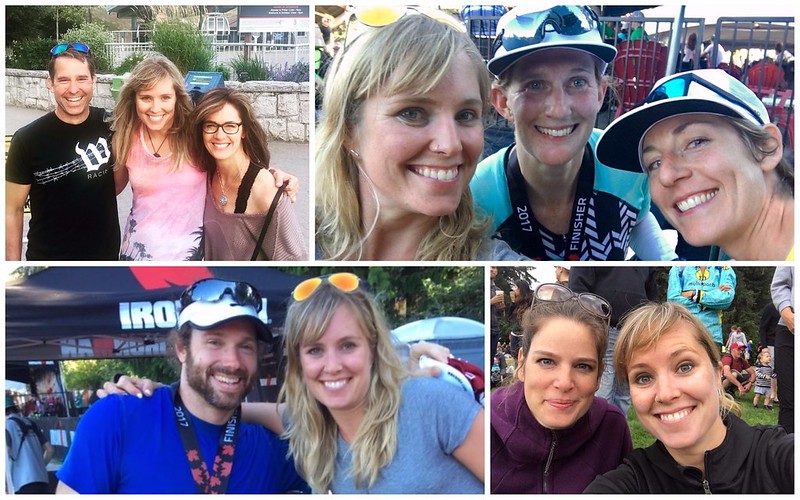 It’s easy to poke fun at the lowly relay, but I had the best day. I came out of the water just under 34 minutes—the same time as my last, oh, 14 half Ironmans. (At least I haven’t gotten slower!) I pushed myself, but I also let my mind drift towards what Alta Lake has come to mean to me. I swam hard but happy, striking the balance I think between letting myself really care (thanks for that one, coach) and letting myself enjoy.

On the bike, I decided to target a power range 25 watts higher than I’ve ever ridden a half before. I had nothing to save and nothing to lose. My 2:37:47 tied me with the winner of the women’s 70.3 for the fastest female bike split (to the second!) That’s in my top five fastest 70.3 bike splits ever on a course with 3800 feet/1160 meters of climbing. Yay! 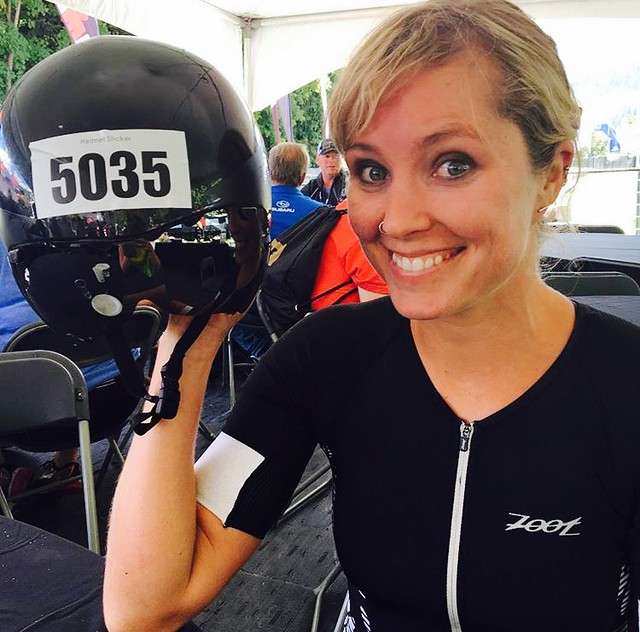 Thanks for the snap, Liz!

Once back in the village, I dismounted and hobbled towards Jeanette, faithfully waiting for me just outside the relay pen. Despite the disappointment of not having the running year I’d hoped for so far, I’m not going to lie: passing off my timing chip and watching it bounce off into the sunset (OK, midday sun) tasted almost as good as the post-race IPA I shared with Liz.

The rest of the afternoon involved eating, showering, a celebratory beer with Jeanette and her family, and working—’cause I don’t get a staff band just for the free beer and snacks.

I returned to the finish area as friends began to roll in, reminded by each one of their smiles of everything that last half mile of an Ironman represents. I’m sure wider grins of satisfaction and louder whoops of joy can be found elsewhere, but this weekend, I was happy to find them in a place — and a sport — that I’ve come to know as a kind of home.