Races have this funny way of seeming interminably far away (“I have so much time to get faster!”, “This time I’m going to nail my nutrition…”) and then jumping out from around a corner like a younger sibling trying to scare you.

IRONMAN Canada is less than two weeks away. It might as well be tomorrow.

It’s the race I’ve signed up for three years in a row and am finally doing. The race I’ve waffled over up until just two weeks ago (thanks to those of you who counseled me through my Canada/Coeur d’Alene “crisis”—you know who you are!) The race that didn’t get the full-bore commitment and prep that this distance deserves—and so to which all I can bring is the best I have right now, rather than my absolute best ever. (On second read, maybe those two “ends” of the goal spectrum are a lot closer than they seem, but that’s a topic for another time.) 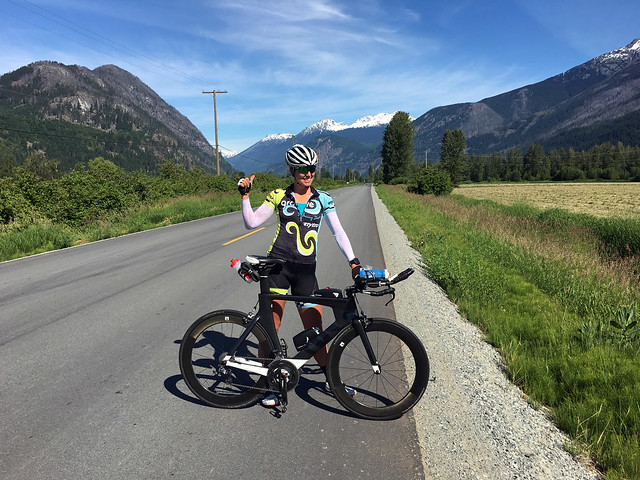 Doesn’t really look winding, does it? (Pemberton Meadows, taken on a perfect training day with Laura) 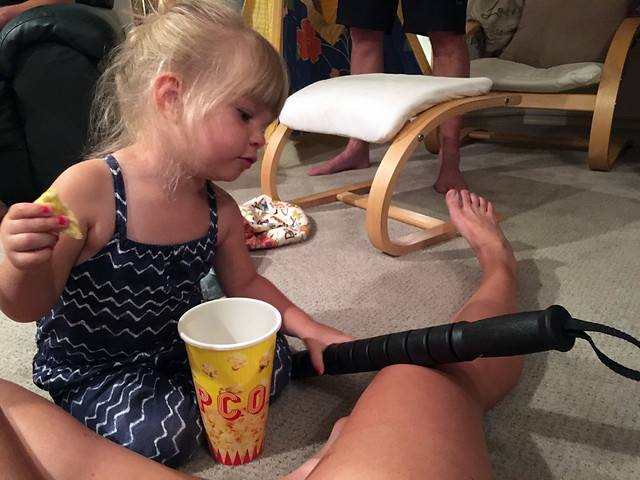 My niece helping me recover while home in Winnipeg last month.

It always happens this way. I have grand plans to capture the journey over a series of posts, but then suddenly, I’m out of time. Today’s combination of rain and the words REST DAY staring back at me in Training Peaks have brought on a Jen-style, pre-race stream of consciousness. You’ve been warned.

I wanted to write about how hiring a coach after three years of flying solo felt like a weight lifting from my shoulders. No more obsessing over whether I was going hard enough or being a total slacker. She willingly took on the project of a slightly overtrained, scattered and unfocused athlete just two months shy of an Ironman, and has been both encouraging and matter-of-fact. 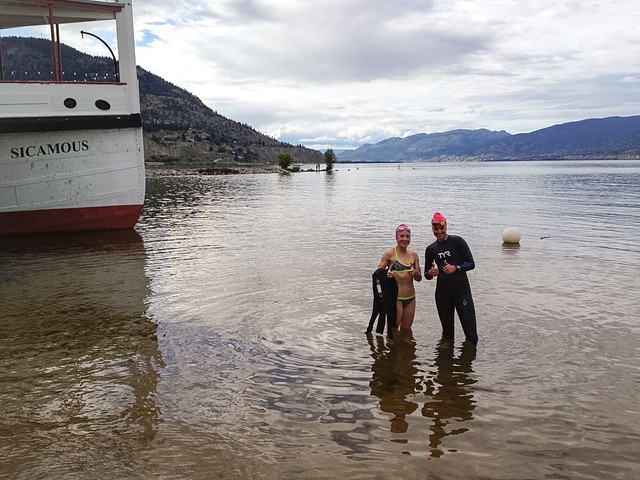 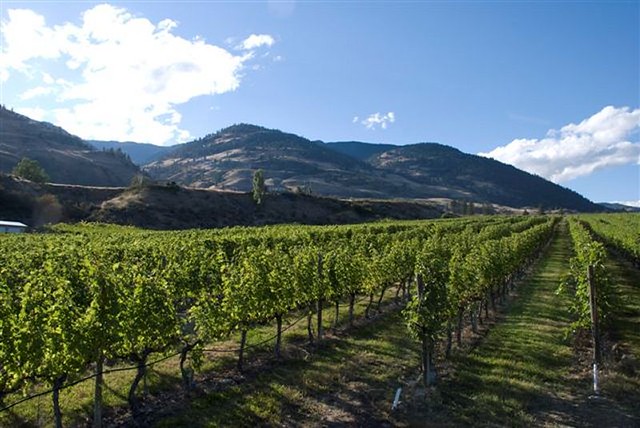 Beautiful Okanagan. Happy that my first visit was on a bike.

I’ve wanted to write about the new community of triathletes I’ve met, who have brought joy to training and to life. Whether it was a track workout, a ride up Seymour or out to Squamish, a swim in Kits pool, a training weekend in Whistler, or a Fondo in Penticton, Vancouver really came through when it came to welcoming a new member of the triathlon tribe.

Ironman Canada will truly be a celebration of finding myself in a new place. 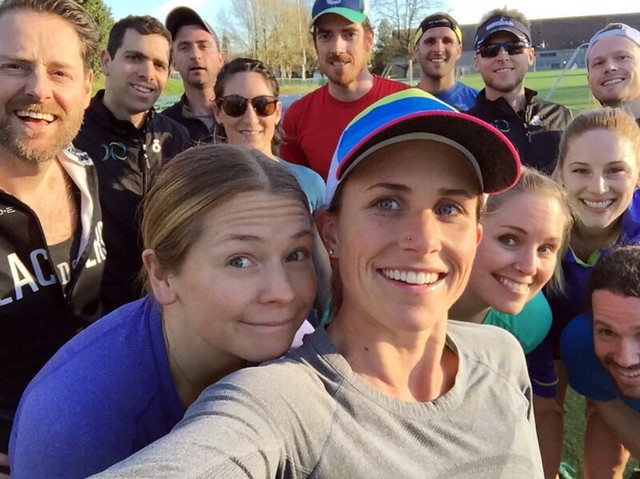 Just some of the great people I’ve met in this beautiful city! (Group selfie by Steph Corker) 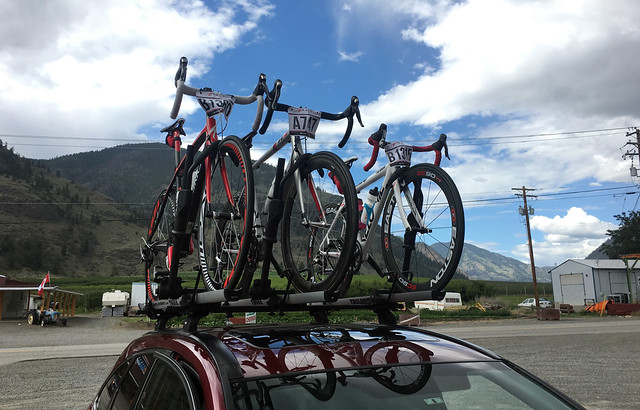 Bikes on route to the Penticton Gran Fondo.

I’ve wanted to write about frustrating things (like a seemingly out of nowhere weight gain and a poorly planned run build) but right now that doesn’t matter. I’m doing my sixth Ironman! With my mom on the course and my dad at the finish line! Each race plays a different role and represents a different journey than the one before, and this training cycle has been one of 2016’s saving graces: a way for me to focus on moving forward, a distraction worthy of my energy, and a tangible, physical, compelling goal. 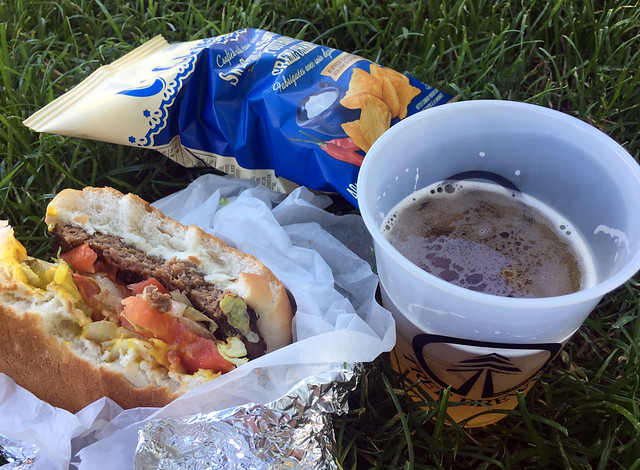 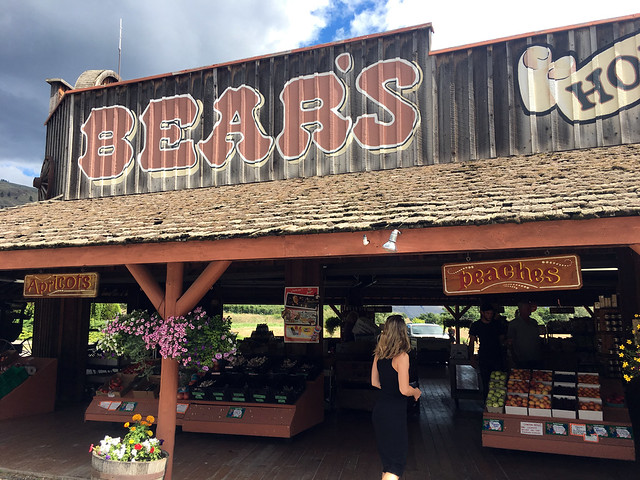 Hitting up a fruit stand in the Okanagan after Sunday’s Gran Fondo.

There will only ever be one 2016 Ironman Canada. The work is done—all we need to do now is batten down the hatches, top up physical and mental stores, and choose to wisely observe (rather than freak out about) the waves of worries and nerves that will come between now and the 24th.

Here’s to another all-day exercise party outside.

12 thoughts on “the winding road to Whistler”