This has been the picture of the last few weeks of my life: cramming more life/work/friendship/San Diego into what feels like an ever-shrinking space. Squeezing life for its last drops. Needless to say, there’s been very little that resembles working out—let alone training for anything—around these parts the past two weeks. 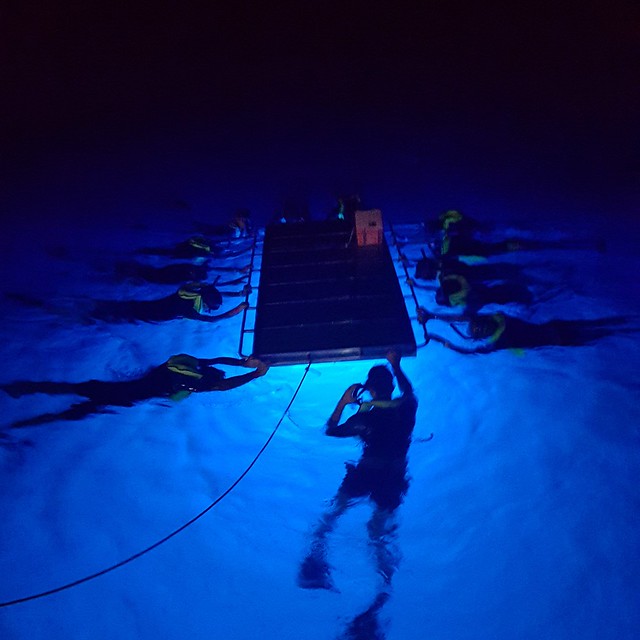 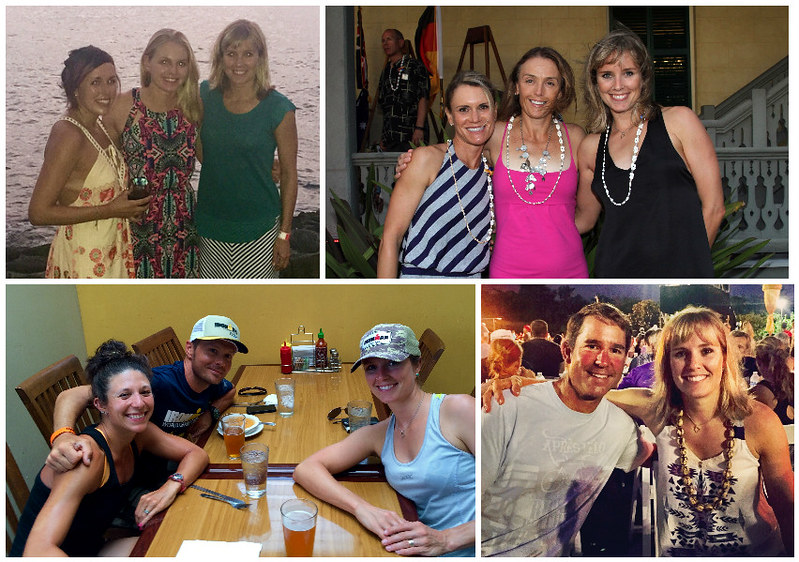 A few pics of the friends I did manage to see. 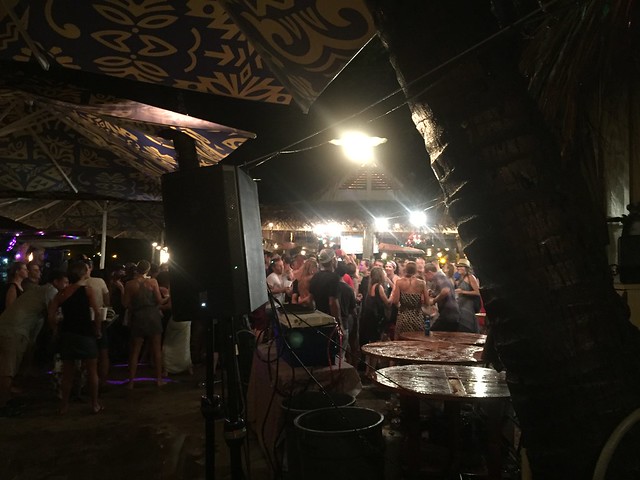 Getting soaked by rain at one of the best Kona after parties I’ve been to.

The past few weeks are a blur now: putting a home in boxes and trying to see friends just one more time while drowning in the busiest two weeks of my work year. Then came Kona, which from my vantage point looked nothing like Instagram posts from the coffee boat or Underpants Run. (OK, I did swim to the coffee boat once, but the only UP run I took part in was around my hotel room.) But that was fine by me, it was my 6th year working the big show and this year was enjoyable in a completely different way, and more rewarding than ever.

I returned home from Hawaii at midnight last Monday, only to spend 90% of the following 36 hours packing up a moving cube (10% was spent saying a final goodbye over beer with friends). We slept on the couch, stayed up until 2, and lifted, pushed, and hauled all our worldly goods into a 6’x7’x8′ cube and a Volkswagen Jetta.

O-Shin was such a trooper in the car! She travels well. 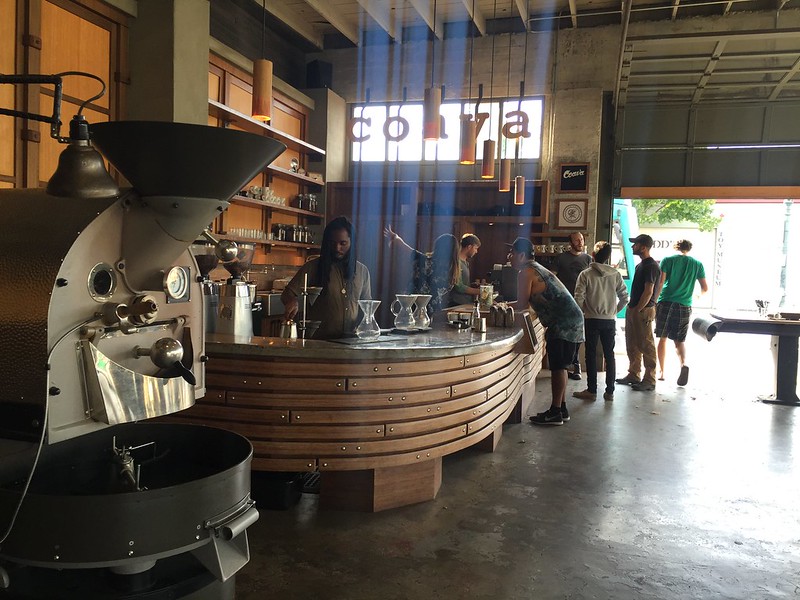 Wednesday morning, Lofty coffees in hand, we took off up the I-5 in the direction of the compass I had tattooed on my back 10 years ago: N. I thought I would burst into tears somewhere along that first stretch, but by the time we stopped in Redding, there still were no tears. Nor were there any the next day, among the pines of Oregon, or in Portland where we stopped for coffee, or in Bellingham, where we had beers with a friend before turning in for the night. Nor did they appear on the last day, waiting at the border, and crossing over into B.C.

Perhaps I’ve met my nostalgia quota for one lifetime. Perhaps with all the travel recently, I’ve tricked myself into believing this is just another trip. Perhaps it just hasn’t hit me yet. 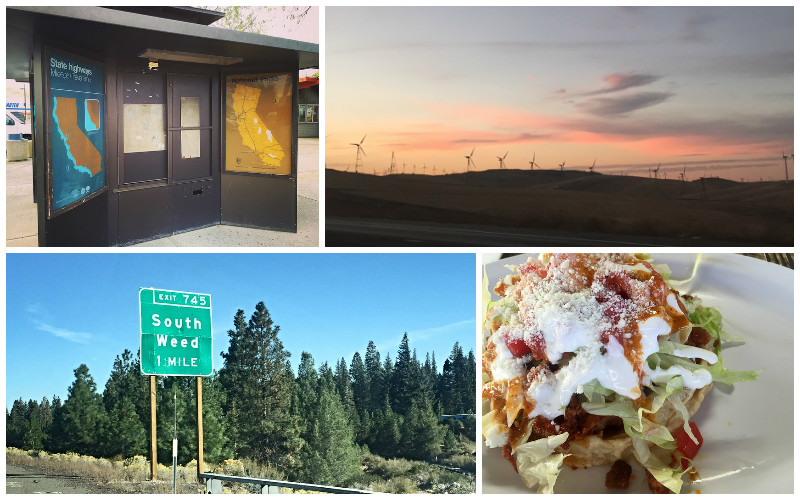 Scenes from the road: ugly travel signs in the Central Valley, pretty wind turbines, Oregon’s best town, and my first time trying “sopes” at a Mexican hole in the wall en route to Redding. 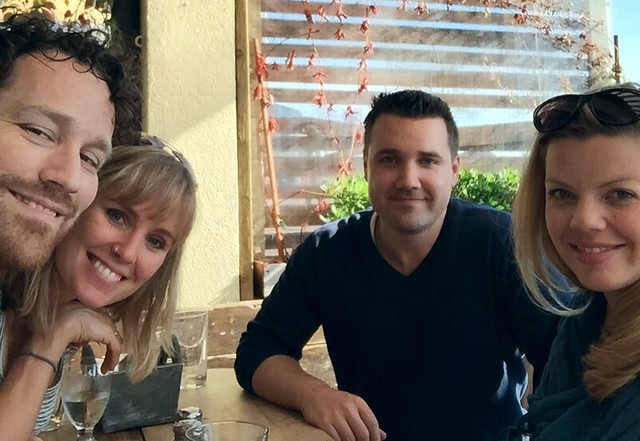 It took a year or so for the beach community we landed in to feel like home. It wasn’t until I had routines and favorite coffee shops and could ride my bike for 5 hours and know exactly where I was. And it will always feel like home in some way, just like all the other places I’ve lived.

And despite the fact that I’ve already lived in Vancouver, I’m trying to embrace and accept this awkward period. To enjoy it, even! It’s like when you start dating again after a breakup, and you’re mostly delighted, but he just doesn’t make you laugh the same way. 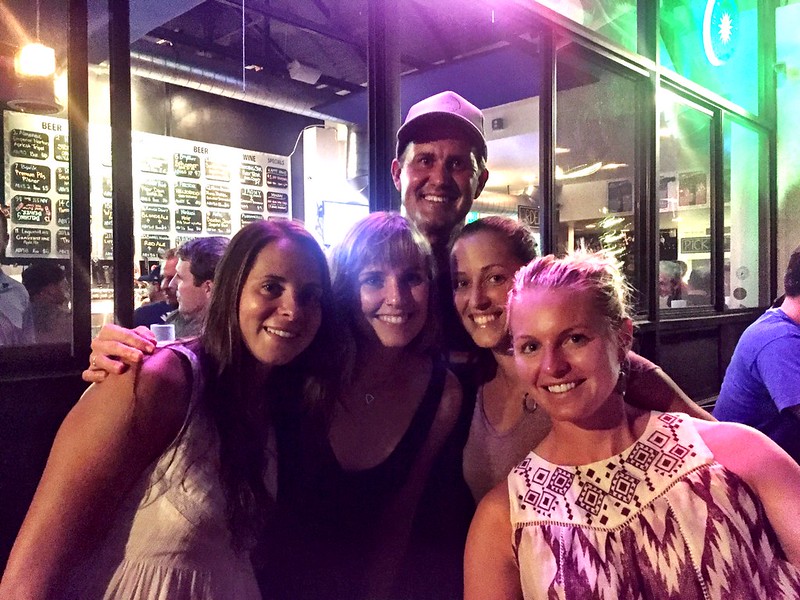 Very LAST gathering on the eve of our departure.

Looking back, it wasn’t the perfect weather or the ocean sunsets that wrote the San Diego chapter. It was starting my career, and growing as an employee, a writer, an editor, and a manager.

It was passing out in the bathroom at Wine Steals on my 30th birthday. At 8:30 pm.

It was working really damn hard, and caring a lot. It was waiting, and finally getting noticed.

It was swimming in the ocean for the first time, and training for and finishing 11 half-Ironmans and five fulls.

It was supporting my husband through his PhD.

It was riding longer than I even thought I could, fueled by Julian pie and conversation.

It was falling in love with avocado toast and IPA’s.

It was making friends.

These past few months I’ve been keeping a mental list of what I’ll miss about our Southern California life. These are just a few of the little things that will be hard to let go of: