I had completely forgotten about this simple, peasant-style soup until it reappeared in my life last winter. We spent Christmas Day at a friend’s parents’ house, and his mom, feeling sorry for us orphans, had bought a few gifts for us to open. One of mine was a bean soup mix, which I put in the cupboard to save for a rainy day. When that day came, I read the instructions on the label, and headed off to our local butcher for the smoked ham hock it called for. 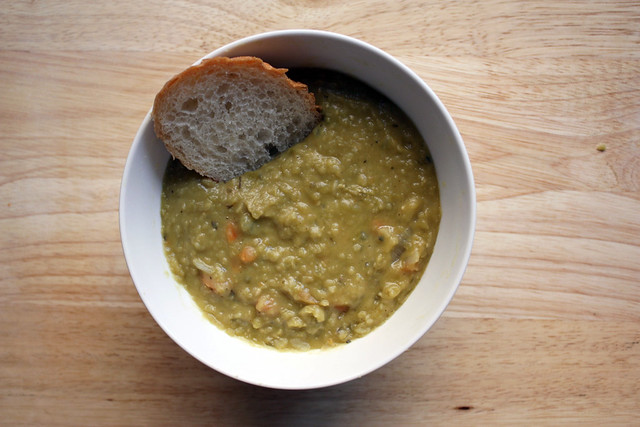 Only to discover that I’d been doing soup all wrong.

Recently, I had a fierce, almost nostalgic craving for this soup. Without a handy bean mix, I turned to the internet, which was ripe with suggestions. Most of them echoed the original, very basic recipe: Sauté onion, celery, and carrot in olive oil with salt and pepper, add stock, split peas, herbs, and hocks, bring to a boil, reduce, and simmer. Remove hocks, cool, shred meat and return to soup. Voila. 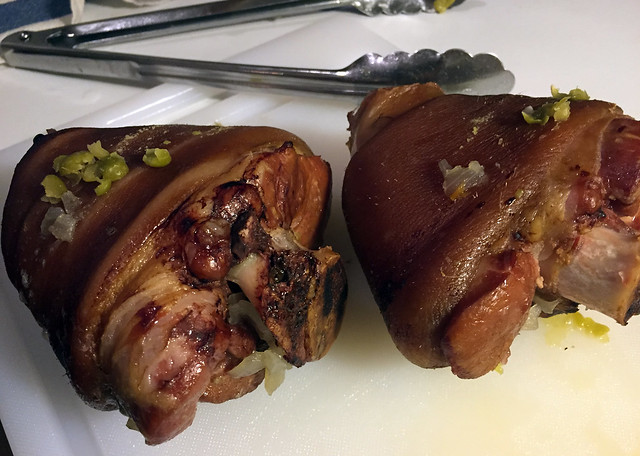 How could this go wrong?

With the same homey, comforting flavor profile as chicken noodle soup, this has become my go-to “soup for the soul”–worth learning to make “by heart.” This is soup as it’s meant to be. Thrown together, and how I imagine eating in rural France with a slab of crusty bread and a round of Brie. Depending on whether you use marjoram, or thyme, or whether you serve it as-is or topped with sour cream and homemade garlic croutons, this soup will suit any mood.

Today, after my long ride and first transition run of the season, it was just right. 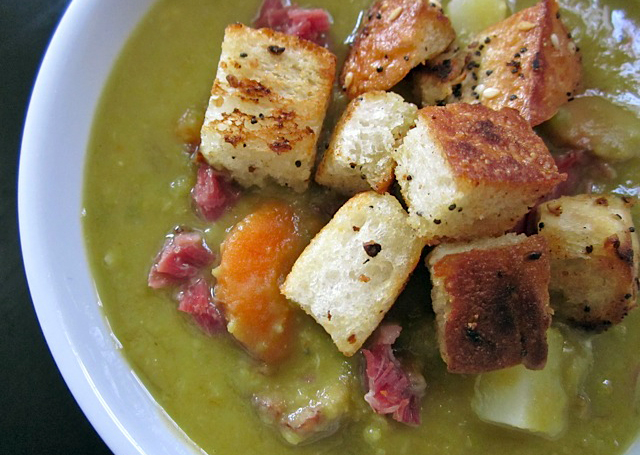