The always excellent New York Times Well blog published details today from a new study on how mental fatigue affects our workouts. The unexpected headline: “How Intense Study May Harm our Workouts.”

The article offers more than just a covert theory on why our gyms are busier than our libraries. It outlines a relationship between brain and body that hasn’t been looked at in quite this way before.

“Scientists have long been intrigued by the idea that physical exertion affects our ability to think,” the article begins. “But the inverse possibility—that too much thinking might impair physical performance—has received far less attention.” The fact that watching a good TV show has become my preferred evening activity probably corresponds with becoming a longer-distance triathlete, but I’ve never really gave much thought to how a full day of work leaves me wanting to the same. Writing, editing, planning, and problem-solving don’t exactly leave me hungry to run 400’s at 6 p.m. which is probably why I’ve gravitated towards ridiculously early training sessions over the past year: they’re literally more of a no-brainer. 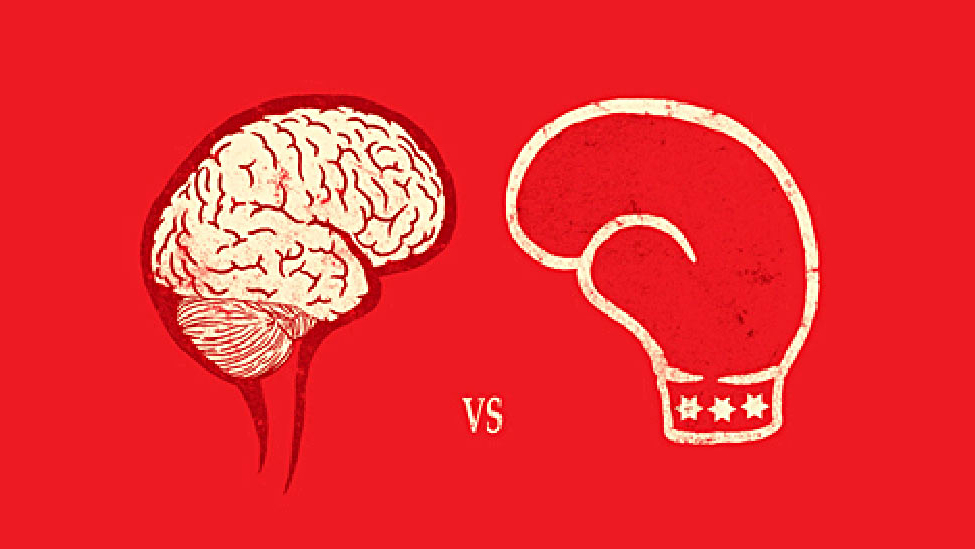 The study, conducted by researchers at both the University of Kent in England and the French Institute of Health and Medical Research, tested how volunteers who were tired out by complex mental tasks before the workout performed differently than their chilled-out counterparts.

Their finding? Not as well. The mentally taxed subjects tired about 13 percent faster than the ones who’d spent the afternoon watching the peaceful, relaxing documentary, “Earth.” They also reported that the workout felt more taxing, despite their muscles being no less tired.

“Exercise simply feels harder when your brain is tired, so you quit earlier, although objectively, your muscles are still somewhat fresh,” the article summarizes. Its further conclusions are more amusing though: One, don’t do your taxes in the morning before a key workout, and two, consider adding crossword puzzles to your triathlon training: “Training our brain to […] limit mental fatigue could be a […] means of improving physical performance,” the article says.

Looks like the options for keeping my Austin 70.3 training motivation high are either a) introduce a little grey matter strength training (just not before that key run session), or b) continue to train in the pre-thinking hours, reserving the intellectually void activities for after work.

Did somebody say Dexter?