I wrote this a few weeks ago. I wasn’t going to publish it, but thought I would put it out there anyway. For myself. For everyone who’s ever gone through a post-race—or post-anything awesome—funk. This one’s for you.

Four weeks ago today I stepped over my first Ironman finish line in Mont Tremblant, Quebec. Months of hard work spent pursuing a single goal culminated in one of the most memorable days of my life. People have told me since that no finish will ever feel the same; I am glad that I fully soaked it up on the day, and revelled in it for days to come.

And then, boom. Life resumed, as it’s prone to do. The race, like an animal inside that I’d spent so much of the year feeding, suddenly lost its appetite. What had given my life structure was suddenly gone, and it left an unexpected hole. I’ve always been the kind of person who comes down hard from highs, so I shouldn’t have been surprised. The end of summer camp? Tears. Graduation? Nostalgia. The end of an epic trip around the world? Emptiness. Transitions have never been easy for me.

Despite all the advice I sought for the race itself, I never stopped to think about the aftermath. It’s not as if I fell into deep depression, but life after Ironman was, well, different. For those of you Ironman rookies who’ve never been told what it’s like, here’s a week-by-week breakdown of my own journey.

The first few days were marked by indulgence, and my body welcomed the rest with a great sigh. My mind was ready for new focus and I dove into work. I slept in. I stopped tracking calories. I didn’t turn down a single happy-hour invitation, of which there were many.

I swam once for fun. My first run, an attempt to stave off the threatening cloud of restlessness, ended after one mile with some very unhappy quads. I trudged back to my couch, and unfortunately, back to what was beginning to look like a bona-fide Post-Ironman Funk.

The week I normally allow myself after a half-Ironman morphed into a second week. I sprinkled in a few more ocean swims, and started riding my bike to work. I kept indulging every possible edible craving. Random breakfast cereals I hadn’t bought in months (overrated), and doughnuts from down the street (not overrated). It was as if I handed my body over the the gluten gods. The food I was eating probably exacerbated the bloated, blah feeling starting to flood my brain and body. But I didn’t care.

Pushing the thought of my next goal, my next race, my next anything out of my head became a game. Just breathe … just be … all that hippie talk was exactly what I needed. Sometimes it worked, sometimes it didn’t. 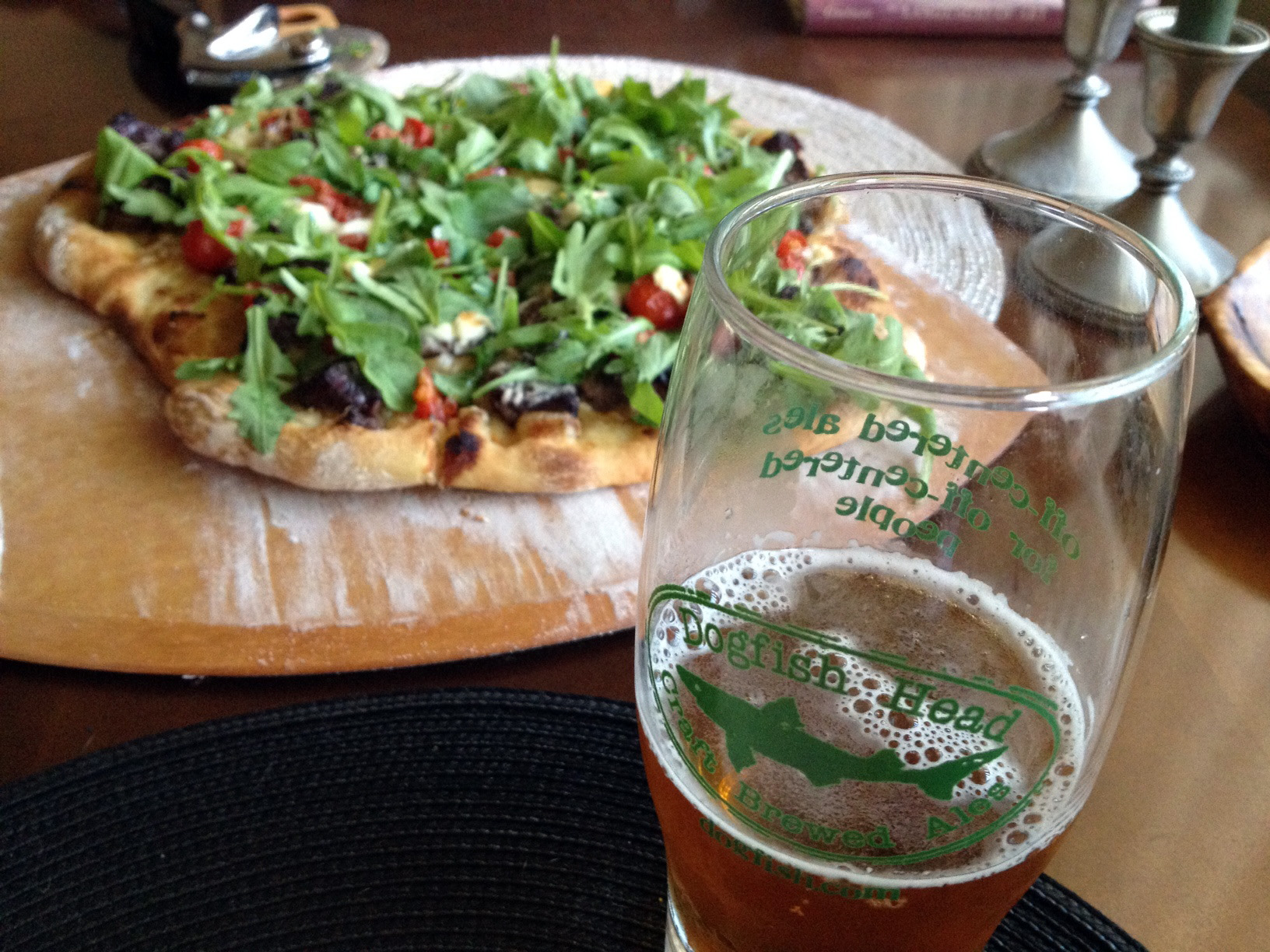 At the end of the second week, a simple evening beach run on well-packed sand turned the tide. I was ready to move again—without training schedules or mileage goals. That one run was the symbolic beginning of cleaning up the mess left by my too-long celebration.

Thoughts began to creep in. Should I do a bike-focused block? Sign up for a half marathon? Follow a friend’s “30 runs in 30 days” challenge? Pieces of my former obsessive self lay around every corner, tempting me. I was mostly successful at resisting them.

Just when I thought things were on their way up, a rather empty long weekend reared its ugly head, and I descended again into that “what do I do with myself” state. I was back in withdrawl, needing distraction. I went to a street fair. Sat on the beach. Did a kitchen project or two, telling myself, this too shall pass. 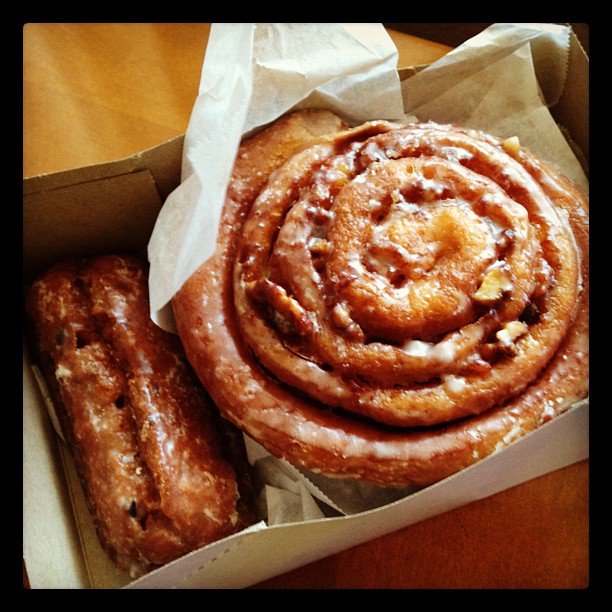 Thankfully, work came through, throwing a five-day trip into the mix. I began running more regularly—when I felt like it, not because I “should.” Four or five miles here and there. Beach, hotel treadmill, wherever.

Finally, the death-by-processed-grains hell I had been putting my body through got old. I began mixing in healthier days while continuing the general “if you want it, eat it” approach. There were still many many beers, and at least four more Pannikin pumpkin muffins, but there were also blueberry-kale smoothies and salads (courtesy of the Whole Foods in Henderson, Nevada). 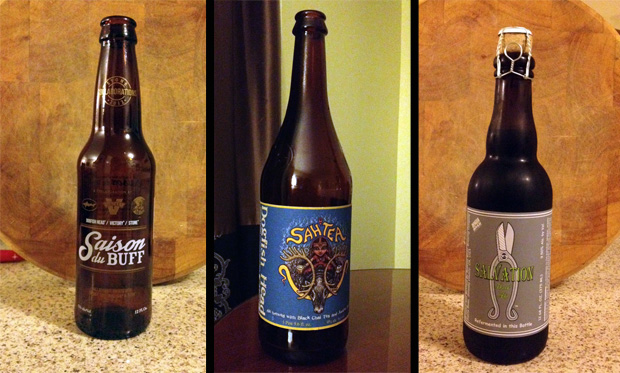 Just a few of the culprits.

This past week I got back on the yoga mat (note to self: do that much sooner after your next Ironman!), renewed my commitment to bike commuting, signed up for a November half marathon, and copied a training plan into my Google calendar. I got up and ran before work. I tested my running fitness on a lunch-hour five miler and was happy with the results. Soon my happy hour participation started to feel authentically happy instead of just providing a distraction.

So what does it all mean?

The power of the post-Ironman funk surprised me. As a friend put it, your training directs all aspects of your life for a period. Without you fully realizing it, your social life, sleep schedule, daily rhythm—all of it—falls under the Ironman spell. And its reign is invisible.

What have I learned these past four weeks? First, that while it’s important to indulge cravings (for both food and inactivity), if I let the period drag on too long it can end up fueling a vicious cycle. Second, that having a fulfilling, challenging, and fun career is as important to my health as brick workouts and recovery smoothies.

One of the most salient things to come out of this is that as attractive as off-season activities like surfing and hiking and meandering walks seem sometimes, what I truly love is swimming, biking, and running. Racing aside, I love the rhythm, variety, and sense of order these activities bring to my life. I love the people I do them with. I love how our version of play is mixed with the rush of pushing limits and pursuing goals.

Lastly, I’ve learned that I’m not a bucket-lister. I’m not the one-and-done type. And as long as my body will cooperate, I’m in this Ironman game for another round, at least. I learned a lot through this month of coming down off a “first Ironman” high, and I’m certain that the next one will be smoother sailing.