The crunchy greens that had me swooning in a Colorado mountain town are back. Say hello to kale chips. So much more than just a stand-in for Doritos. 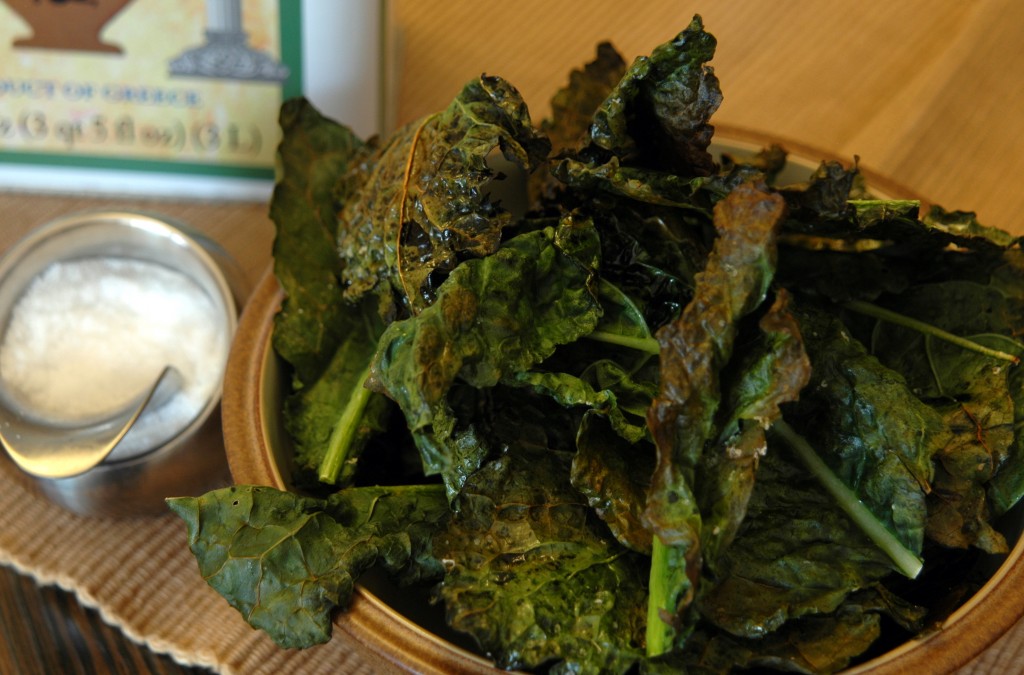 With my oven already roaring at 400° from two other dishes and a healthy bunch of lacinato kale in my fridge, I finally got around to try making these myself. (Lacinato kale is different from the regular curly kale you often see in grocery stores. It’s sometimes called “dinosaur kale,” and like any self-respecting T-Rex, it holds up particularly well to heat.) 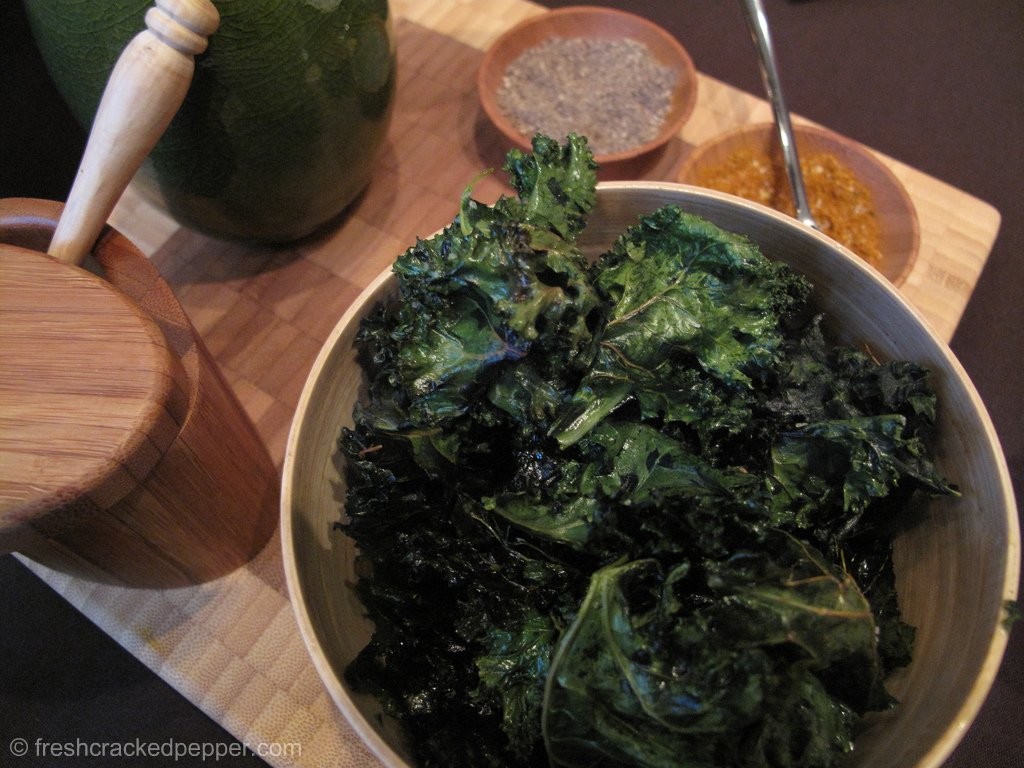 What triathlete doesn’t love a good salty snack? Maybe it’s all the sodium we lose on those mammoth bike rides, or maybe it’s just a good old fashioned craving. And when a salty snack also brings things like beta carotene, vitamins K and C, calcium, and antioxidants along for the party, who can resist? (Those basic nutrients we’ve only recently decided to turn into “super foods” or whatever the current buzzword is.)

Well kale is as superfood as they come, and it tastes great too. It’s nutty and not as heavily sulfurous as some of the other cruciferae specimens. It comes in a dark mineral green, which to me says “healthy” like coffee beans say “personality.” 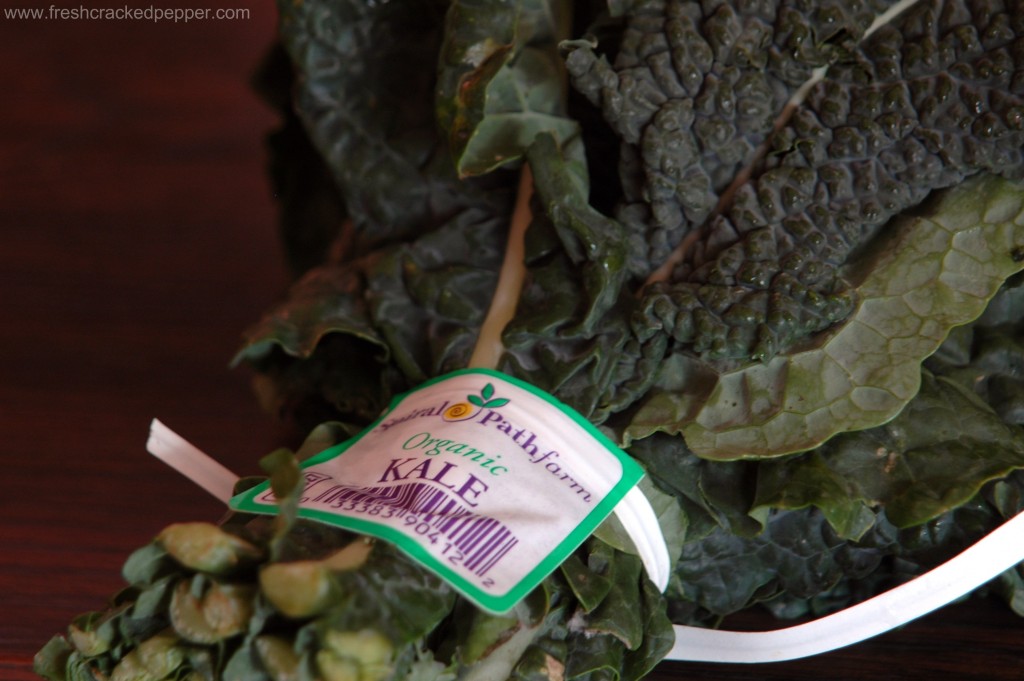 Crisped-up in a hot oven with just some good olive oil and salt, there is no better destiny for the wrinkled kale leaf. Paired with a cold beer and some sweet evening relaxation, these guys guiltlessly merge all the goodness of salad with the addiction of tortilla chips.

But then I remember the salsa. Oh, the salsa. Too heavy for such dainty chips as these, and just not the right flavor match either. I can’t let the salsa down! 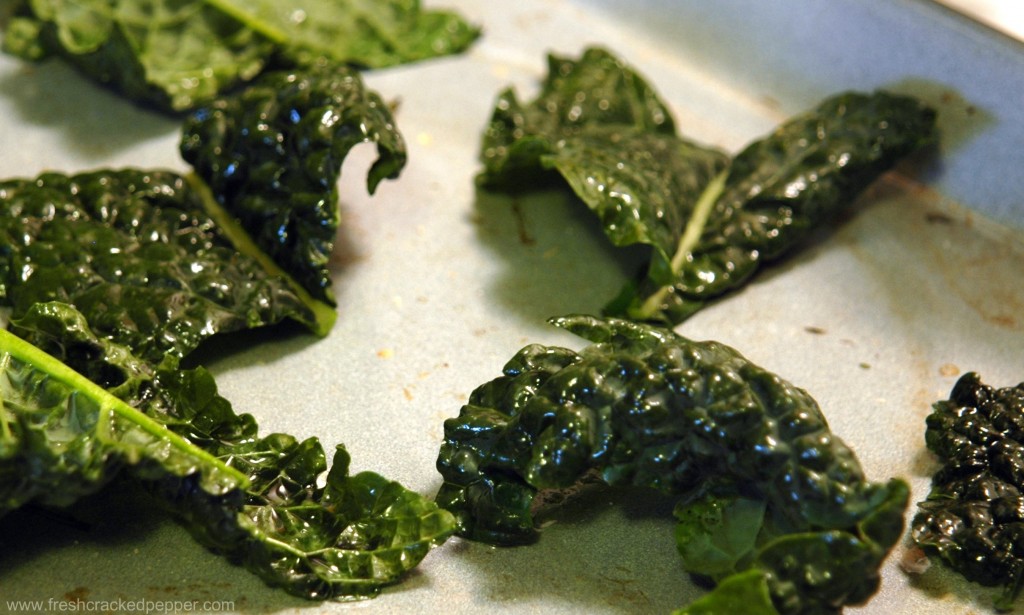 And so I don’t toss the tortillas—with their calories and lack of antioxidants—because they’ll come in handy one day when I just don’t care about so-called Superfoods. But until that moment comes, I’ll take the Super, and all the taste that comes along with it.

1 bunch of kale, washed, stemmed, and torn into chip-sized pieces