This month is almost over, and frankly, I’m glad to see it go. Sure there have been bright spots, like completing two more triathlons, going to some great live shows, and starting a half-marathon plan. Threatening the sunny surface of things, however, August has bred more than its share of saturnine moods.

So why am I so glum then, in a time of sunshine, heat, and ripening tomato plants? Saying goodbye to many good friends, finishing an intense academic year, and feeling hurled into the job market might have something to do with it. Those are the surface explanations, anyway. 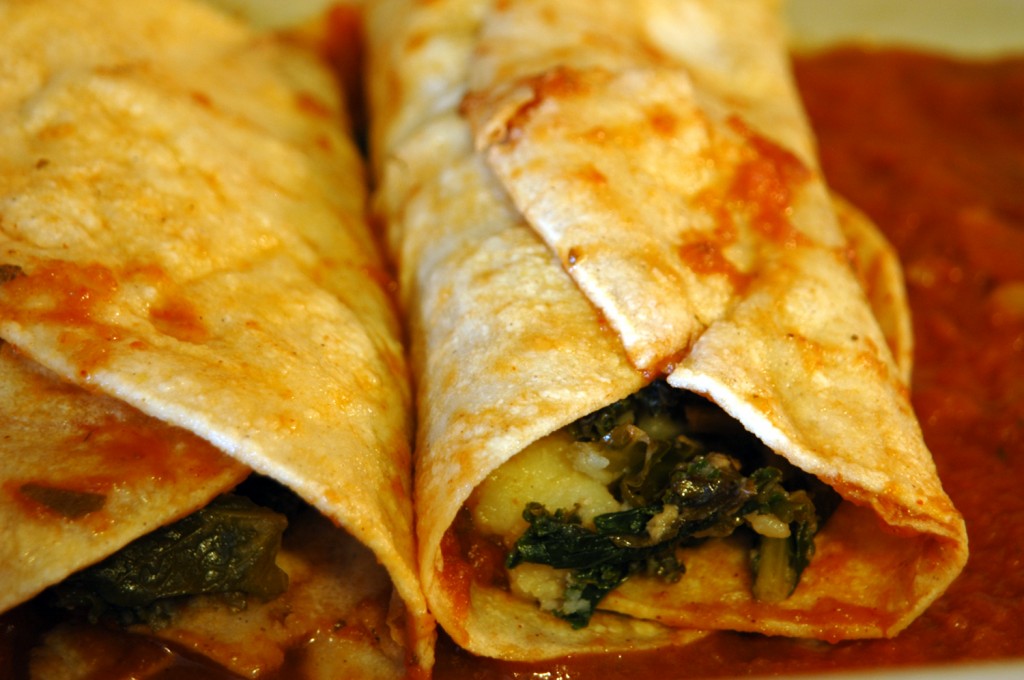 Apparently, I can thank the god Saturn for times like these. I’m not a big astrology or mythology follower, but I do find those old systems of understanding intriguing. I’m not afraid to explore their wisdom every now and again.

As Thomas More writes in “Care of the Soul,” melancholy was once associated with the Roman god Saturn. We tend to shun, medicate, and fear depression in the modern world; More reminds us that we can instead “develop a positive respect for its place in the soul’s cycles.” 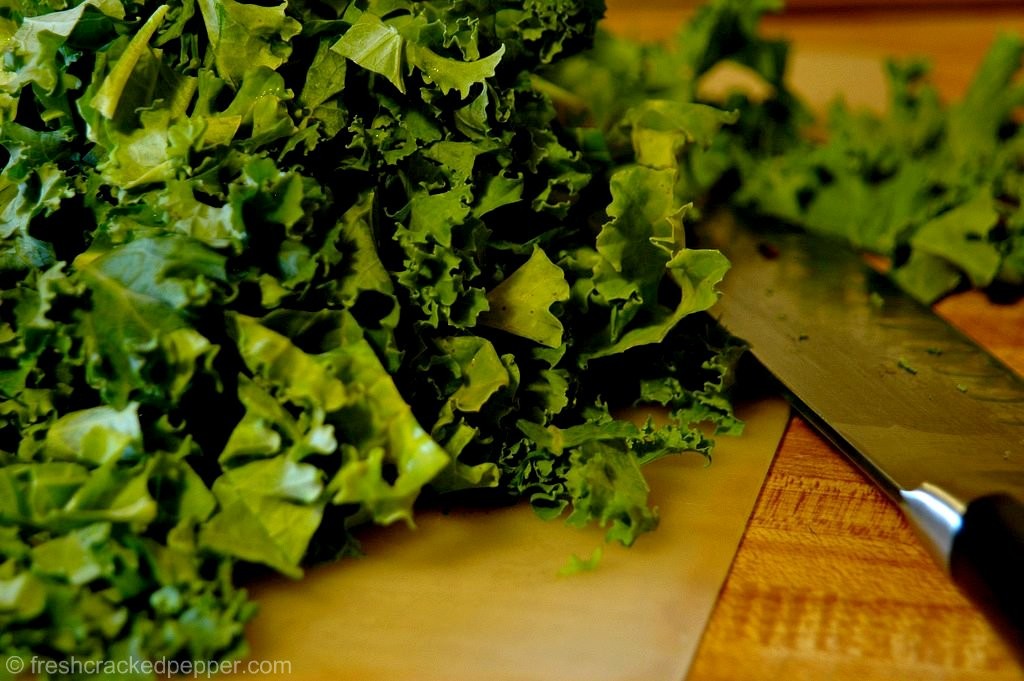 So rather than pining for happier days, I’ve decided to let Saturn in. Besides, he wasn’t only the god of sadness, but of reflection and wisdom as well. He was identified with the metal lead, giving weight and density to life. He was also the reaper, god of the harvest. For that I’ll jump on board his yellow rings.

When two good friends of ours left last week for Connecticut, I closed the chapter of our year-long neighborly friendship in the same way that I opened it: with a meal from Veganomicon. It seemed fitting, as the book was a gift from said friend, and we had welcomed them to Syracuse with a moussaka from its pages. 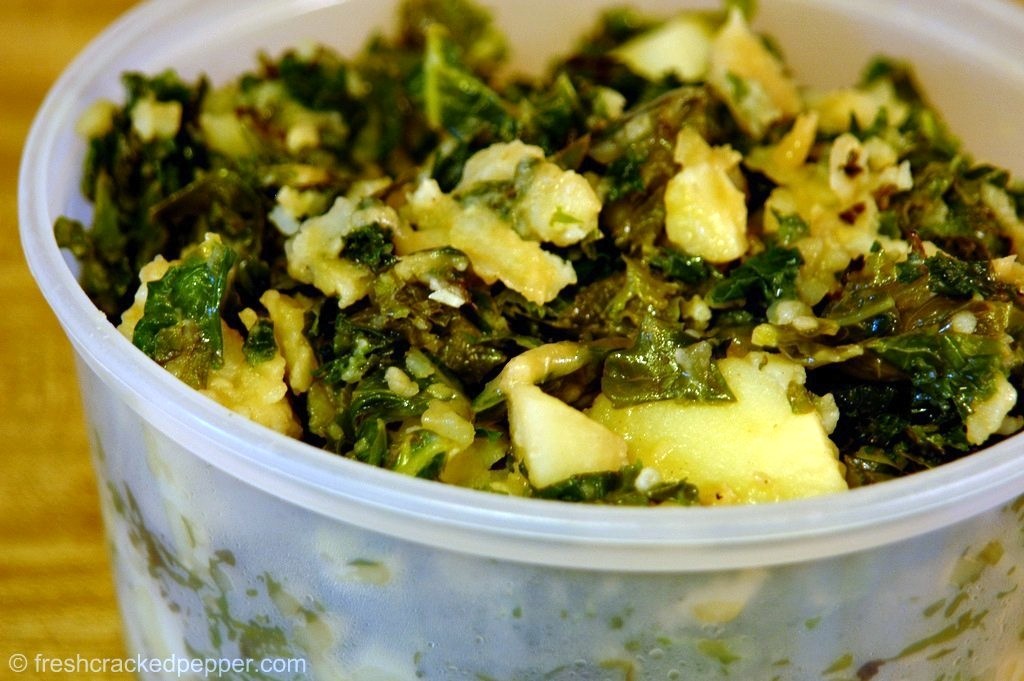 For this meal, I chose the potato and kale enchiladas, a hearty-looking baked dish with a homemade roasted chili tomato sauce. It seemed like a dish that would bring cheer to our last meal together for a long time.

Dotted with sour cream (tasty, but decidedly un-vegan), the enchiladas squished under our forks with soft potatoes and wilted bright kale. Filling the dining room with the aromas of roasted chili and garlic, they were a satisfying centerpiece to the conversation. 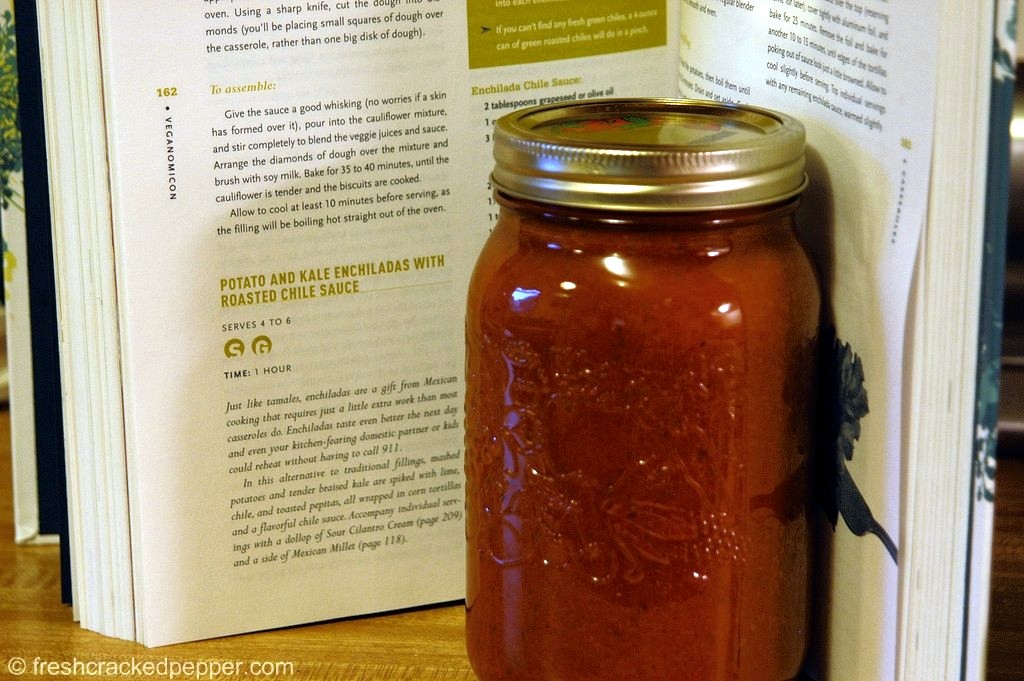 And somehow, while reflecting on simple food, I’ve almost managed to forget about my down-ish days. Soon I’ll trade Saturn for September, and all of this being will fold into more doing. The crisp, fresh fall is not so far off. Until it arrives, I’m content to wait. As long as I have good food to stand faithfully by.

4 thoughts on “the whole enchilada”