…so I have come down to rescue them from the hand of the Egyptians and to bring them up out of that land into a good and spacious land, a land flowing with milk and honey. Exodus 3:8

I’ve been in Israel now for almost 5 days.  It seems strange to write about food when so much else is going on in my heart and mind.  I thought it important, however, to share what’s been on my plate.

Our first meal in Israel (spent at a Jewish/Arab intentional community kibbutz called Neve-Shalom/Wahat al-Salem —”Oasis of Peace”) was a sensory feast that seemed to set the stage for the coming trip. Baba Ghanoush so smoky and fresh, hummus as smooth as melting ice cream and drizzled with olive oil, fennel and pepper sliced thinly and dressed in lemon juice and parsley. Fall-off-the-bone chicken, Mejadarra, ground lamb in pine nut cream, green beans, and pita. 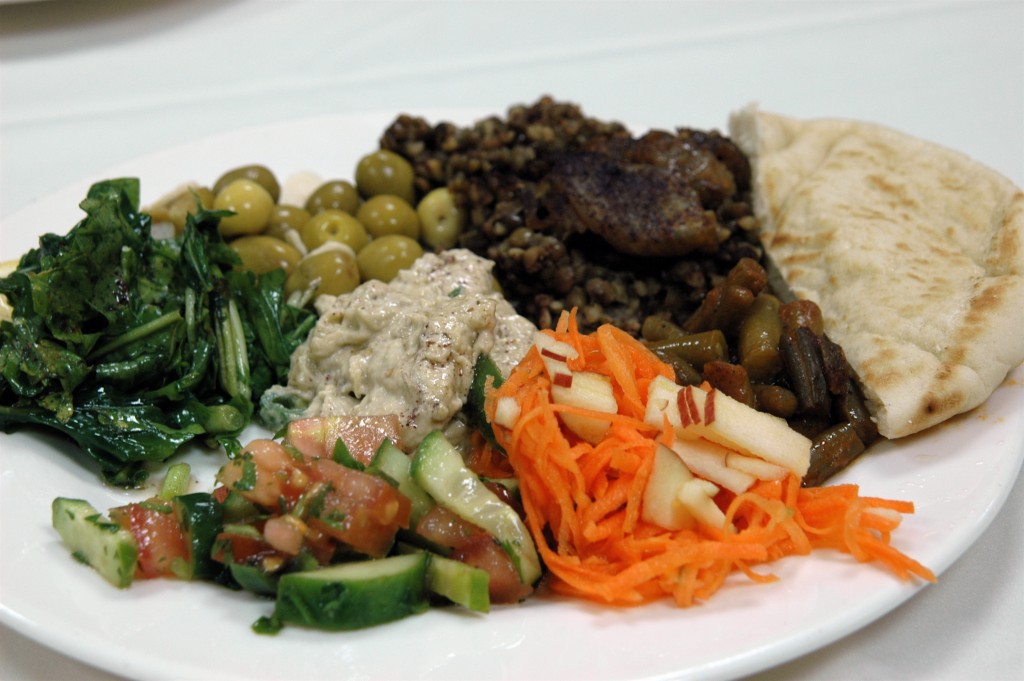 It’s very hard not to overindulge when everything is so new and somehow fleeting.

On the third day here I did a morning run with the Sea of Galilee as my backdrop. The air smelled like jasmine, and I returned to what’s become my usual breakfast: a boiled egg, tangy fresh yogurt, tomatoes, cucumbers and feta. 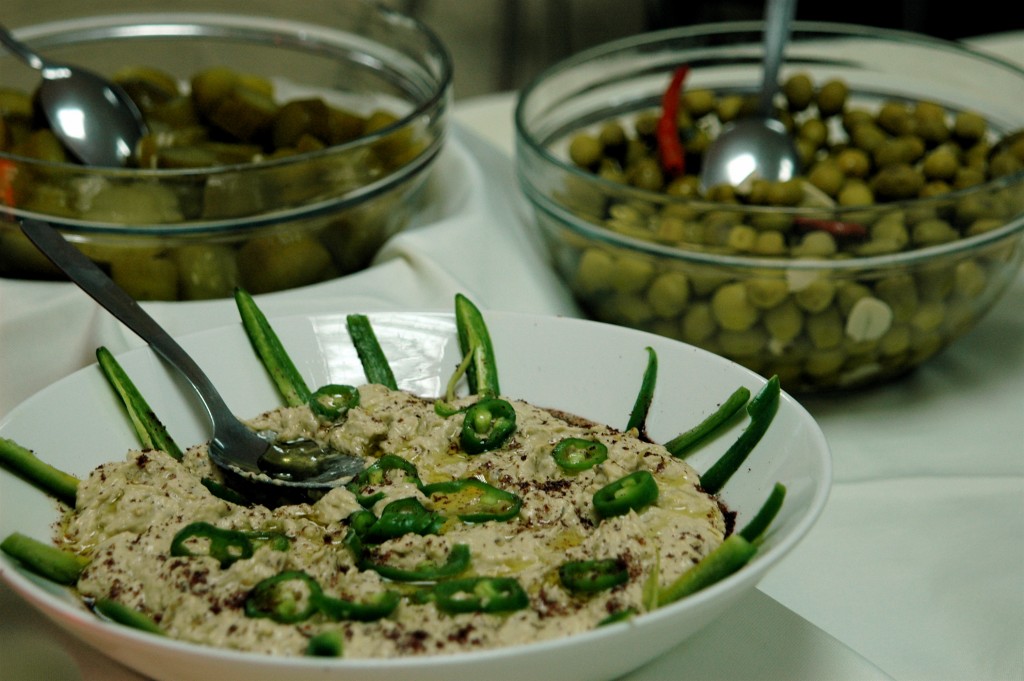 I’m always amazed when traveling, at breakfasts across the world.

On the fourth day,  I had my first Israeli falafel in a small town outside of Nazareth. The corner shack was packed with people, and the 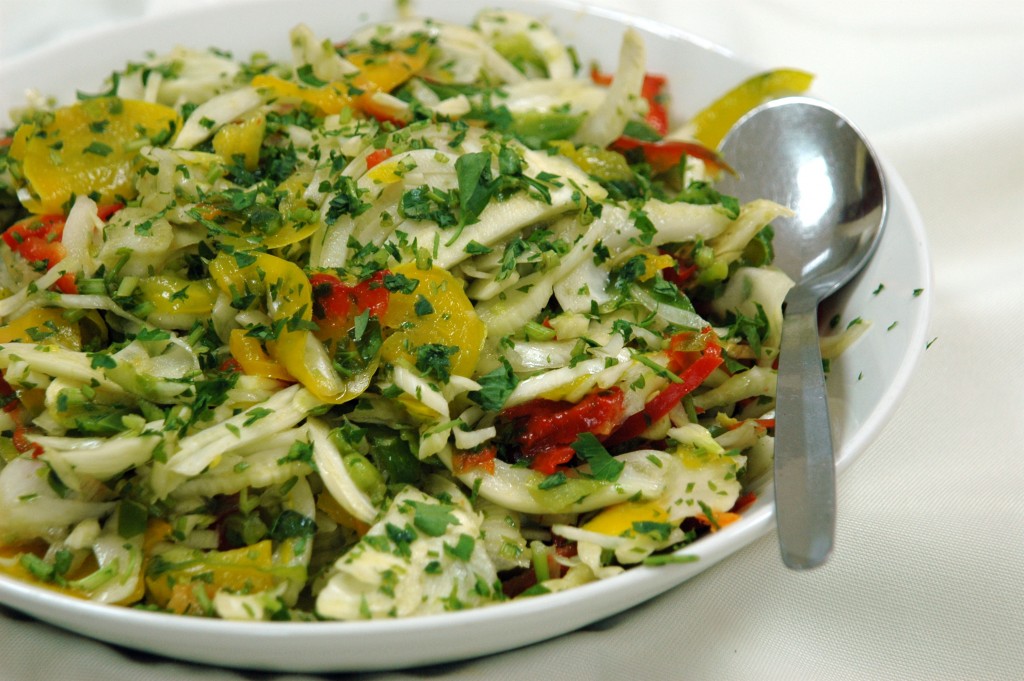 men moved in succession behind the counter, flipping fresh, crispy falafel into the soft, chewy-sweet pitas I’ve never tasted anywhere but here. The bar behind them was a spread of purple cabbage and marinated eggplant, fiery red tomatoes, and all manner of toppings. We stuffed those pitas until they were dripping with tahini, and ate them in the sun beside armed Israeli soldiers.

Sometimes a simple lunch, when eaten next to a complicated symbol, seems heavier than it really was. A piece of baklava, eaten an hour later on the bus as we passed by Jericho, dripping with honey.

Tomorrow we will visit the Garden of Gethsemane, where olive trees have been dated to the time of Jesus Christ. This land is dotted with them, and the streets overflow with buckets of their fruit. Like shiny black stones lining the cobblestone walkways, they fill the city air with their pungent aroma. 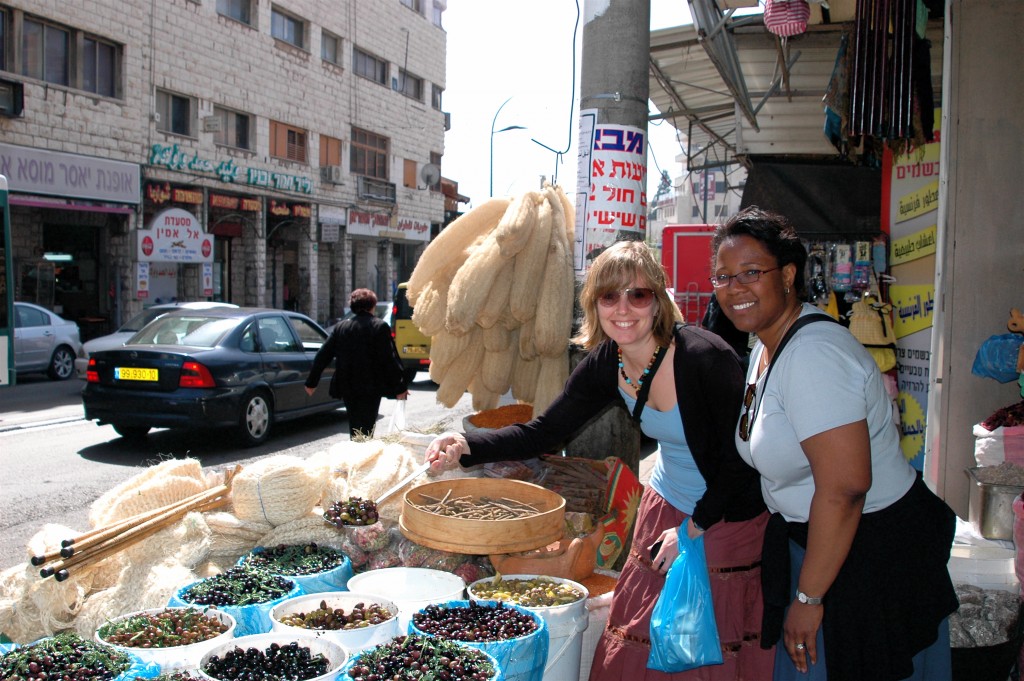 Everywhere I turn is something new. Some religious site crying out to be significant. A manger covered over with centuries of stone and conflict. The little town of Bethlehem (beth: “house” lehem: “bread”)—where people go hungry every day. My heart is full and my mind teeming, my plate full to overflowing.

I must say though, with all that I’m experiencing here with regard to food, Nescafe and I aren’t getting along so well.

3 thoughts on “milk and honey”