I feel like I could title this post “how to say goodbye to California: Part I.” Another weekend has gone by in the long, slow countdown to leaving. And despite the absence of three of my usuals (husband, biking, and running), this one was so perfect it almost hurt. 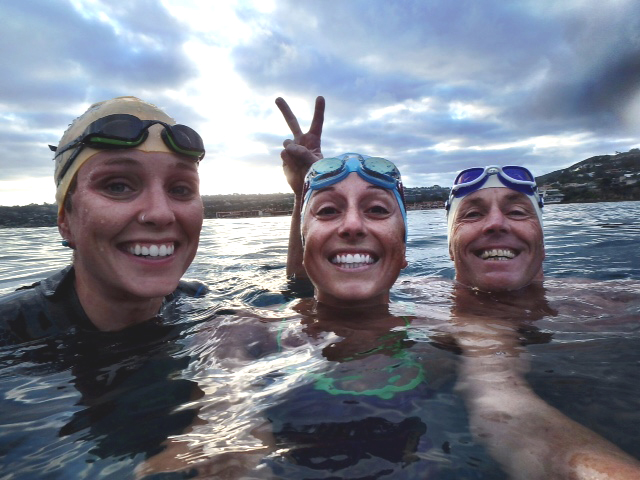 Friday: Kicked off the day with a 6:30 am Cove swim, which segued into a surprisingly productive day of work. Happy hour at Culture Brewing in Solana Beach with Keith, Payton, and Maverick topped things off nicely. No, I did not get the 11 percent beer… 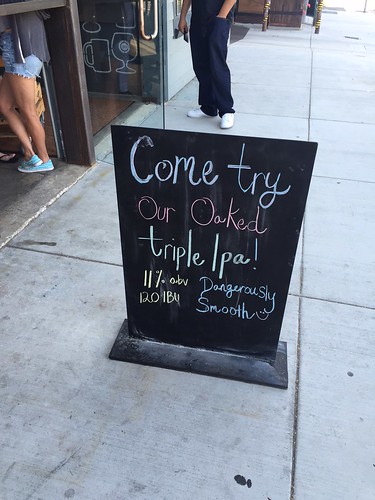 Saturday: I slept in, briefly thought about the fact that I was not riding my bike for 6 hours, made breakfast, talked on the phone for 3 hours (!), worked because I wanted to, and picked up my bike from Nytro where it had safely arrived from Denmark. Later that evening I went on the perfect friend-date with my friend Stephen, where I finally got to try XTERRA’s genius inflatable stand-up paddleboards. All I can say is, WANT. 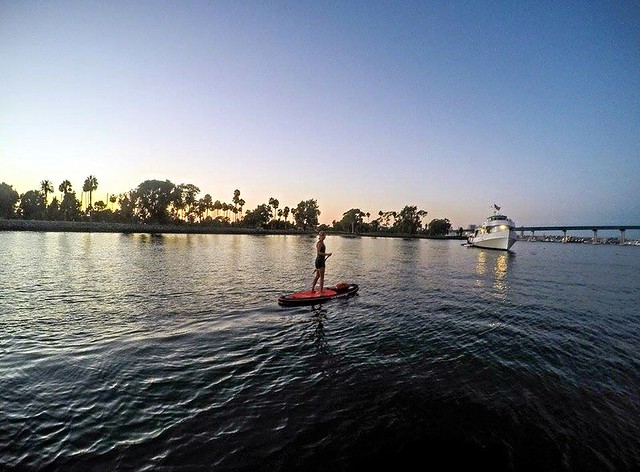 We set off at sunset from Glorieta Bay and paddled our way around the southeast tip of Coronado. With the snaking Coronado Bridge above us and the twinkling lights of downtown San Diego, I felt like I was in a place far more exotic than the city I’ve come to call home these past 5 years. As if to top things off, the San Diego Symphony Orchestra was playing an outdoor concert at the Embarcadero, tossing its grandiose tunes across the water to land in our path. We stashed the boards at Ferry Landing—a square of restaurants and bars across the water from Seaport Village that I had no idea existed—and got margaritas and Mexican before heading back through—wait for it, bioluminescent algae and a fireworks show. Ladies, this guy is single. #justsaying 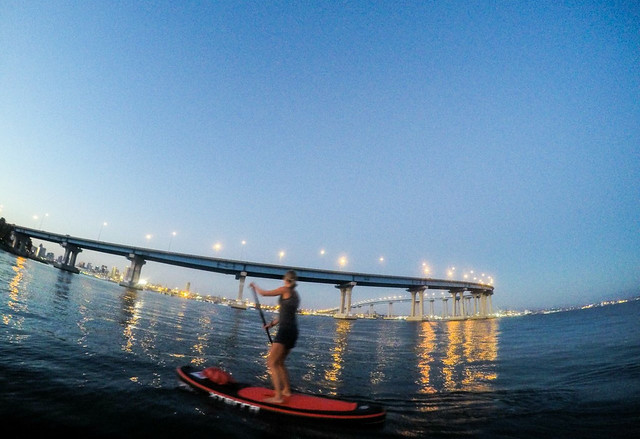 Sunday: A second Cove swim started things off (this time, no wetsuit!), and then Jena and I had coffee at Pannikin and spent some time perusing the La Jolla Farmer’s Market afterward. I bought a San Diego “heart art” print and a few brightly-colored heirloom tomatoes for a salad to take to a BBQ. I did some errands, had an afternoon cocktail because I wanted to, read, took a short nap, and then headed off to Julie’s. 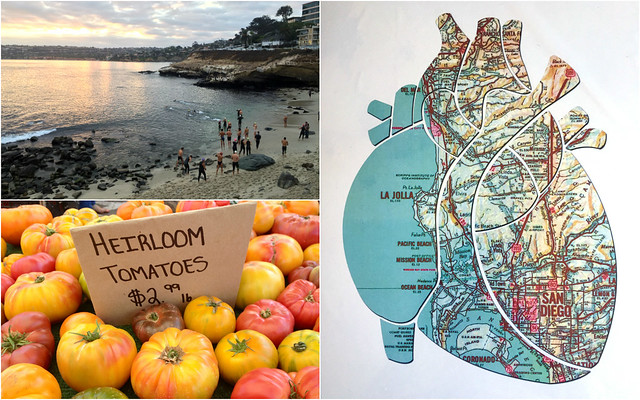 Monday: Woke up to a friend’s text that she was picking me up in 10 minutes to go to Ironsmith for coffee, which we followed up with a walk around Encinitas, and the flakiest pastries ever at Darshan. We browsed the Labor Day sales along the 101, and she let me buy the little black dress we both fell in love with. That’s a friend. 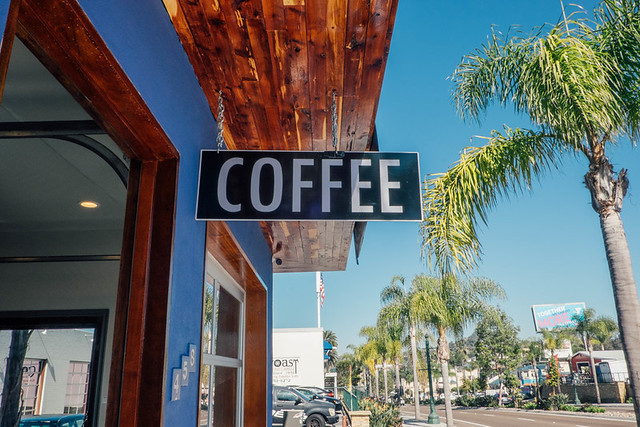 So much better than the way overhyped new Better Buzz down the street.

I finished off the weekend by meeting another friend up in San Clemente, halfway between our respective abodes, for pizza at Brick. Because it’s late summer, I had the peach pizza (which featured, among other things I can’t remember, guanciale, scallions, and creamy burrata) and a glass of Chardonnay. Her company was the perfect end to a comfortable yet memorable weekend that for some reason I felt like documenting here. California, you’ve done it again. 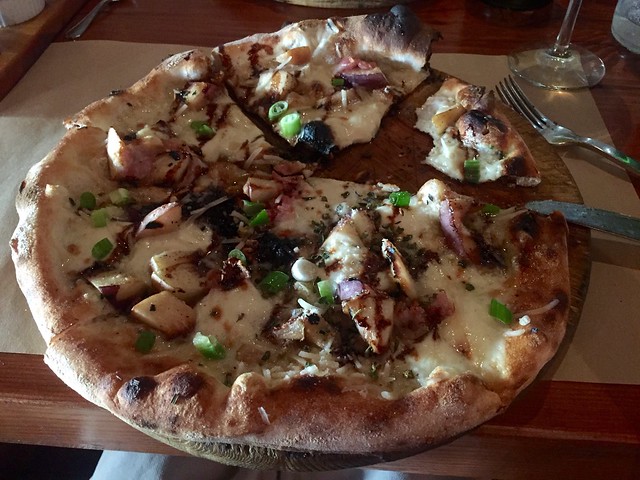 Yes, I ate the whole thing. Because you can’t re-heat pizza like that.