Though at first glance this little blogging trend seems narcissistic, I actually found it to be a worthwhile exercise. At a church I used to go to, our leaders challenged us often with this series of questions: “Where have I been, where am I now, and where am I going?” I think this is valuable to re-examine every once in awhile. Thanks to Erin, Jen, and Jordan for the inspiration and giving me ideas to steal.

1. Coffee is the foundation of my food pyramid. (I go to bed thinking about it.)

3. I feel bad that I’m Canadian and I don’t speak French.

4. I am addicted to stove-top popcorn. (With coconut oil. And nutritional yeast.)

5. Sometimes I sample from the bulk bins.

6. Beer > wine. (Unless that wine is an earthy, cave-y, mushroomy pinot or French red sipped in front of a fire.)

7. I met my husband Mark at a church youth group when I was 15. (It took another 10 years for us to get together.)

8. We went to India for our honeymoon (pic below in the River Ganges.) 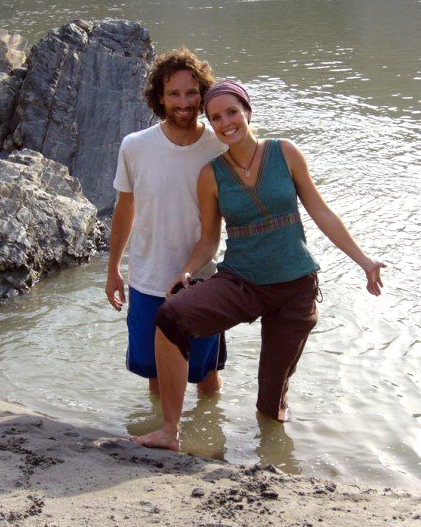 9. In Myers-Briggs I’m an ENFP. (AKA, hopeless idealist.)

10. I really really like to eat. (And I still haven’t met a food I thoroughly dislike.)

13. I majored in English Literature as an undergrad.

14. I have a Masters in Journalism from Syracuse University.

15. I interned at The Atlantic magazine after grad school.

16. I work remotely for Ironman, whose headquarters are in Tampa, Fla. I love my job.

18. I’ve had bangs since I saw Amelie at age 22. (I’m just now seeing how they look grown out. Thank god for headbands.)

19. I had a terrible overbite as a kid, and wore a night brace for 5 years.

20. When I was 26 I did a three-week solo cycling tour around Vancouver Island pulling a BOB trailer and camping along the way. (I blogged about it, of course.)

21. I have a tattoo of a nautical compass on my left shoulder blade that I got at the end of that trip.

22. I got into triathlon because of my friend Lisa’s hyperactive spin classes at Gold’s Gym in Syracuse. 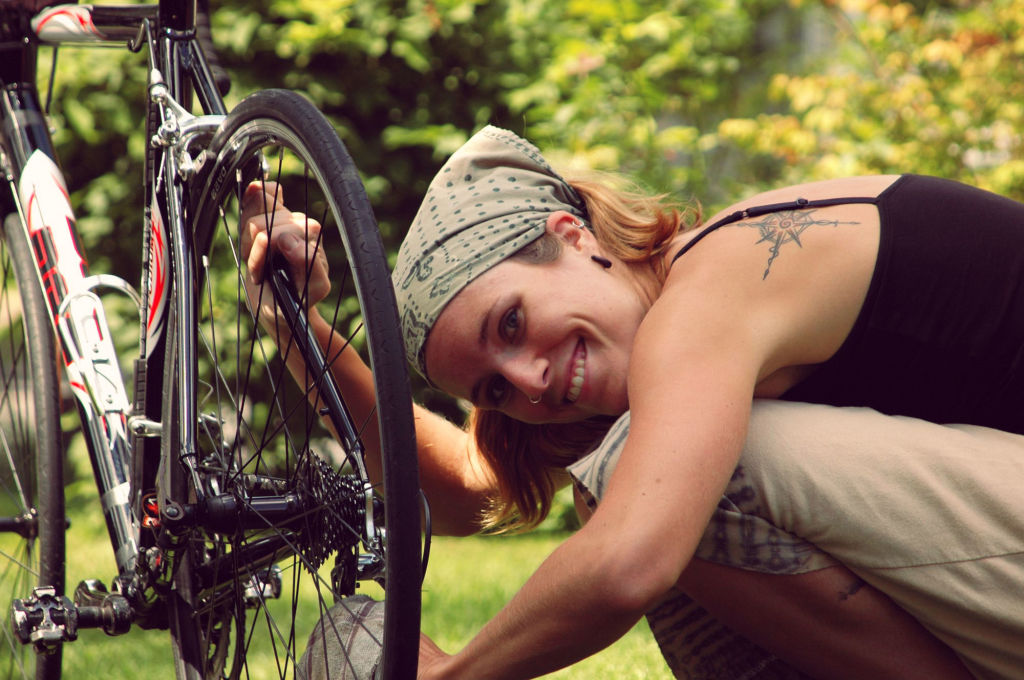 27. My great-great grandmother on my maternal grandfather’s side was Indian (like, from India).

28. The first time I ate pork belly I felt guilty, it was so good.

29. Manicures and pedicures are a huge waste of time and money. (I know, I am not a woman.)

30. I hate spending money on clothes.

31. I have a scar on my knee from falling off a skateboard when I was 12 and trying to impress boys.

32. When I was in junior high, a cooler friend told me I “needed a band” and deemed Counting Crows “my band.”

33. The best live show I ever saw was Bjork in Montreal.

34. One of the most embarrassing moments of my life was singing a solo in front of my church for my brother’s baptism and forgetting the words.

35. Another one was losing my bathing suit in a massive ocean wave, in front of a mixed group of 40 of my peers.

36. I love the Anne of Green Gables movies (and soundtrack by Hagood Hardy)

37. Three criticisms I’ve received are that I’m cheap, insincere, and (negatively) competitive. (Why do I remember those more clearly than the compliments?) 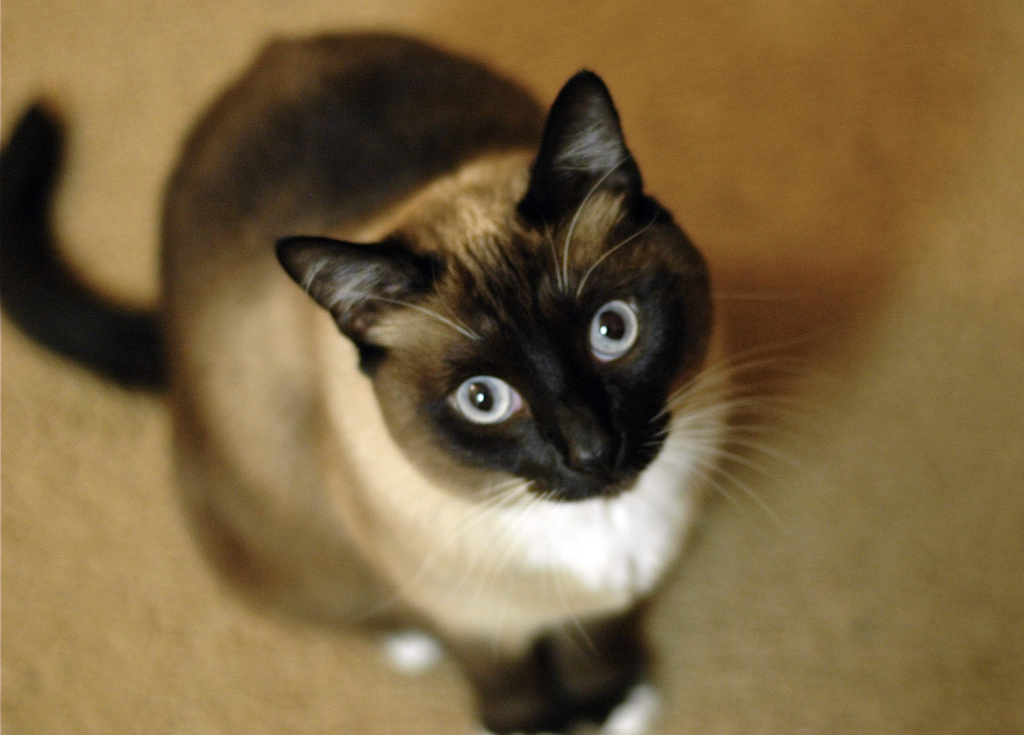 41. I have a cedar chest at my parent’s house in Winnipeg with over 40 journals in it. (I think I was meant to be a writer.)

42. I grew up Baptist, and morphed into an Anglican. I don’t go to church regularly now.

47. I have a weird esophageal issue that interferes with long-distance running. (I am sick of trying to solve it and I’m sick of talking about it.)

48. I used to order Greek salad at restaurants when I was a kid. With extra olives.

49. Mark makes me a latte after every Saturday long ride.

52. I have a couple-crush on Maggie Gyllenhaal and Peter Sarsgaard.

53. I put myself through my undergraduate degree on restaurant tips.

56. Sometimes I plan my dinner around popcorn. 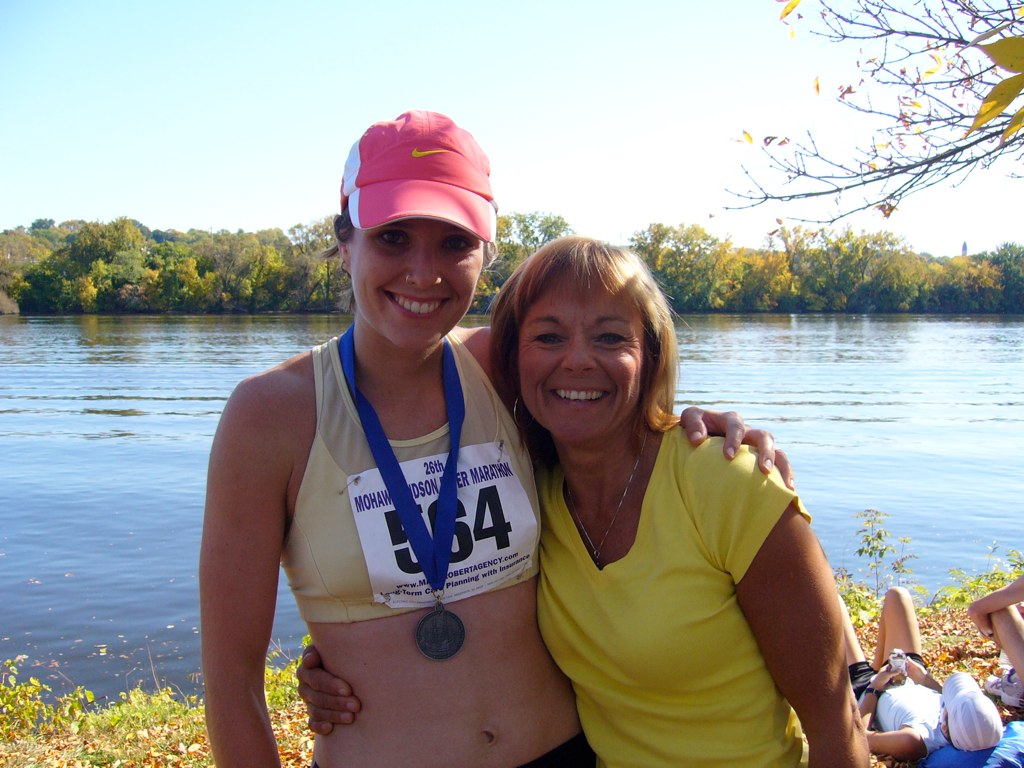 62. My dad read me the complete Chronicles of Narnia out loud when I was a kid. I have a tape recording of my late grandpa Ward reading the books out loud, too.

63. That grandpa died when I was 20 and living in Africa. I missed his funeral, but read a speech about him over the phone to my mom from the Paris airport so she could read it at the service. (My three other grandparents are all still alive.)

65. This year, I’m lucky to be on a women’s triathlon team called Groove.

67. I am racing Ironman Canada this July.

70. I made my own kombucha for 5 years. (Then I moved to San Diego and it kept molding. Grrrrr.)

72. I used to make homemade granola every week. (Then, Ironman?)

73. I taught piano for 3 years. (I’ve forgotten everything.) 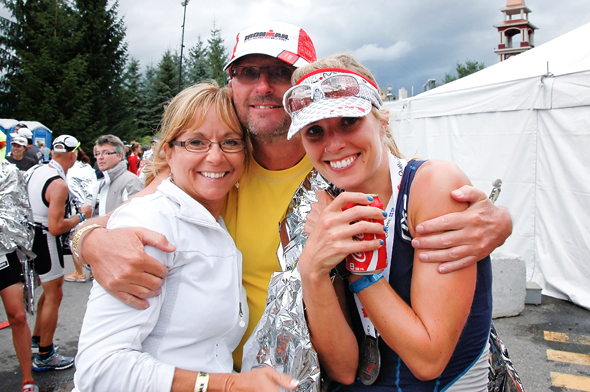 76. When I was a kid I got a pearl from one of my grandma’s necklaces stuck up my nose and had to go to the hospital to have it taken out.

77. I adore, and miss, cross-country skiing.

78. I have climbed 26 peaks in the Canadian Rockies.

79. My high school friends made up the term “Jeninism” for certain “blonde” things I used to say.

84. I’d rather clean a bathroom than vacuum.

87. My husband roasts all of our coffee and makes homemade bacon.

89. I kept track of everything I ate for a long time on Fitday.

92. I could never pick a favorite quote.

93. One of my favorite books is The Story of an African Farm by Olive Schreiner. I own an old copy, given to me by an ex-boyfriend.

96. I signed up for a yoga teacher training certification course that starts on February 20th.

97. Patty Griffin’s Rain will make me stop whatever I’m doing and sing along. Or cry. (It generally goes better if there’s alcohol involved.)

98. So will Sigur Ros’s Hoppípolla and Broken Social Scene’s Anthem for a 17-Year-Old Girl, and Weeping Tile’s Dogs and Thunder, and anything by John Denver. (OK, there are a few.)

99. I probably spend too much time thinking about whether I’m happy or not, and not enough time just being happy.