The off season is a period of time during the year where an athlete takes a less structured approach to exercise and training. This week I’m writing about the two sides of the off season for me: the serious (today) and light (tomorrow). Both posts are illustrated with photos of what’s been keeping me busy lately.

I wanted to use a song title for this post—”The Weight Is A Gift“—from a band I used to listen to years ago. But I didn’t want to be too oblique, or make you think I was going to talk about how gaining 10 pounds during the off-season can make you a better athlete.

The truth is, I’ve been in a more reflective mood lately—probably for a few reasons. For one, my birthday (last week) always makes me think of how I’ve spent another journey around the sun. Secondly, this week tumbled us into the last month of the year, and who doesn’t get contemplative with an eggnog latte in hand and George Winston’s December playing? (Neither of which I allow in November.) 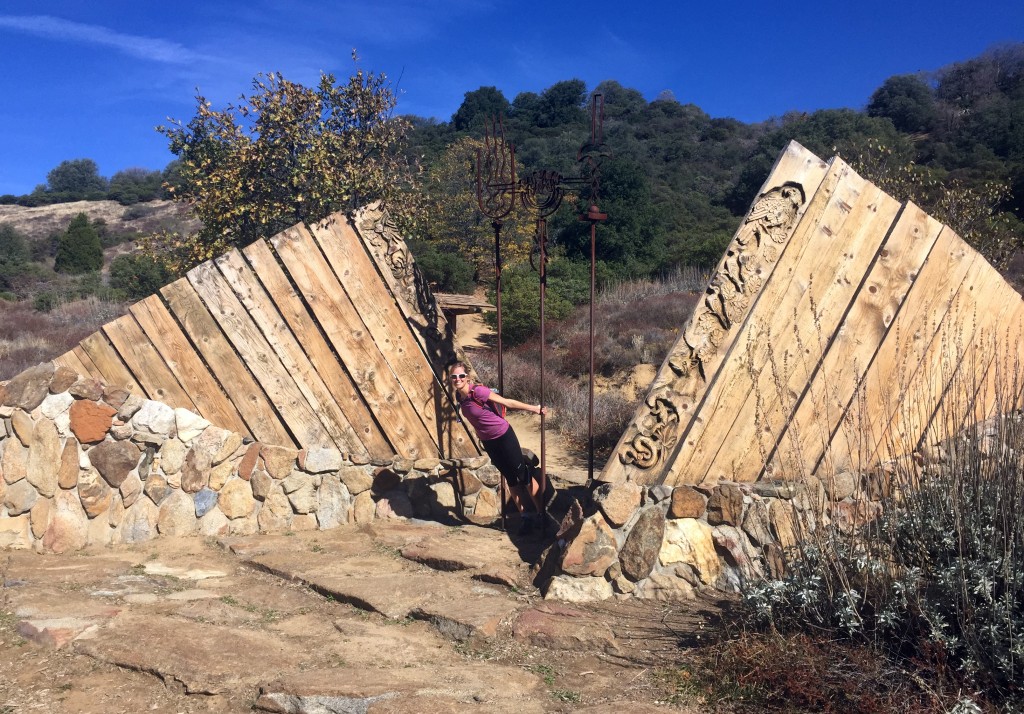 The view out to the Anza-Borrego Desert.

And then there’s the off-season: I’ve simply had a lot more time on my hands since my triathlon season went into hibernation two weeks ago, like a bear in a cave—best left alone, though every once in a while it snores or turns over and reminds me it’s not going to sleep forever.

Last year, with an early-season Ironman in the works, winter was very much an “on” season for me. It’s been a long, long time since I took more than two weeks off, without anything on the racing calendar. And while I’ve been here before, the new restlessness still feels sudden; this pause in the triathlon year always brings a strange blend of emptiness and potential. 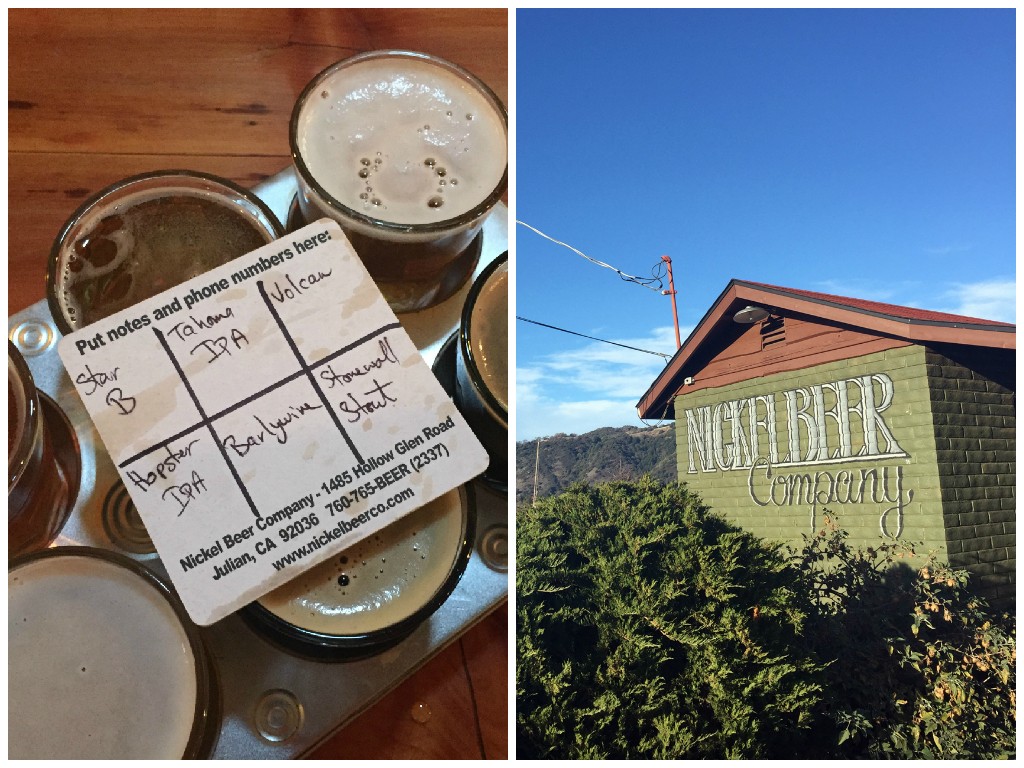 And afterward, trying out a new brewery. (4 out of 5 stars!)

And that’s where that song title, “The Weight is a Gift,” comes in. That potential (“I want to do ALL THE THINGS!”) can feel heavy at times, when your daily routine suddenly disappears—whether it’s swim/bike/run, or some other triptych. Though the days are technically shorter, they feel longer, overflowing with moments to fill … books, friends, food, forests. So much I’ve been ignoring and craving.

Sometimes the off season leaves me feeling empty, scared even, that I have nothing else. That I won’t know how to do anything else. That I’ll feel like I’m wearing a costume. Of someone who camps. Someone who can bake muffins from scratch. Someone who is well-rounded. And then I remember that being overwhelmed like this is a privilege. Nothing other than a gift. 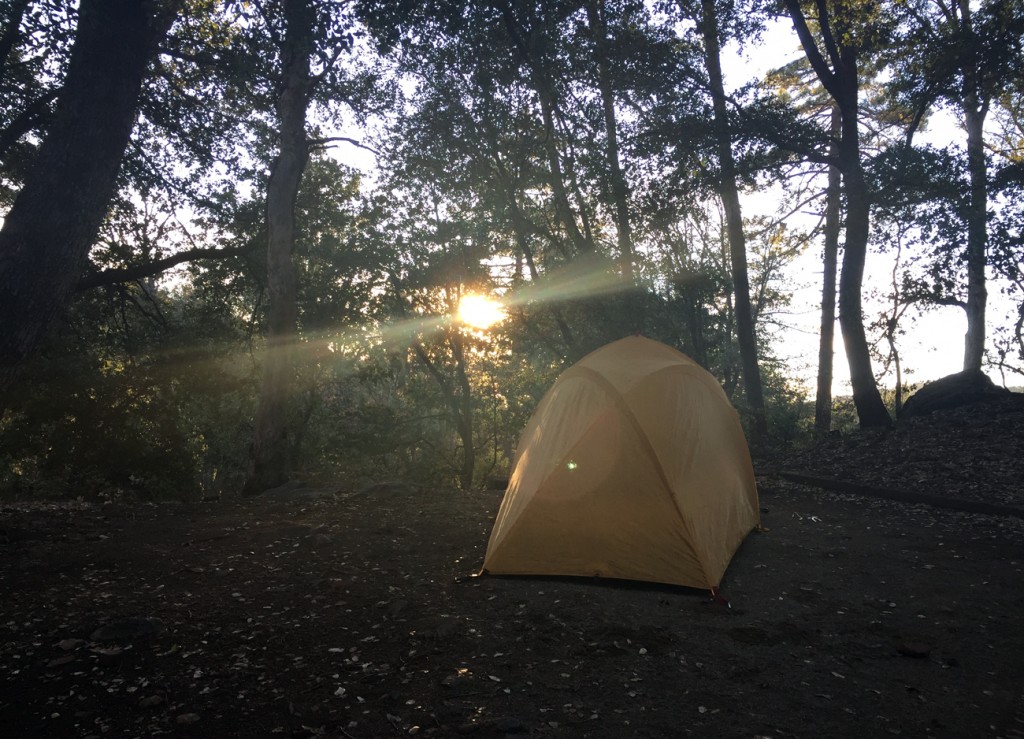 I’ve been reading a passage over and over this month. It’s about fall, the season most unapologetic about death. The author writes about letting certain fantasies die, something the idealist in me could learn from:

“I’m not really letting anything die but my own fantasy of myself with dirt under my fingernails. The same thing happened with my fantasy to play the blues harmonica. And the one where I make beautiful, crusty bread at home. Maybe these aren’t dead forever, but for now I won’t keep adding them to my to-do list or beat myself up when they don’t transpire.” (from the OnBeing blog)

I’ve chased many of the same dreams as the author (in planting parking lot gardens and attempting my own artisan bread), but in the past few years, they’ve changed. How would that paragraph read if I wrote it? What fantasies of who I want so badly to be do I need to let die? The one of me standing on an Ironman awards stage. The one of me running fast in a race without pain. The one where I get that raise, pitch more freelance articles, start going to church again, join a choir, volunteer, be a better wife/daughter/friend/sister… 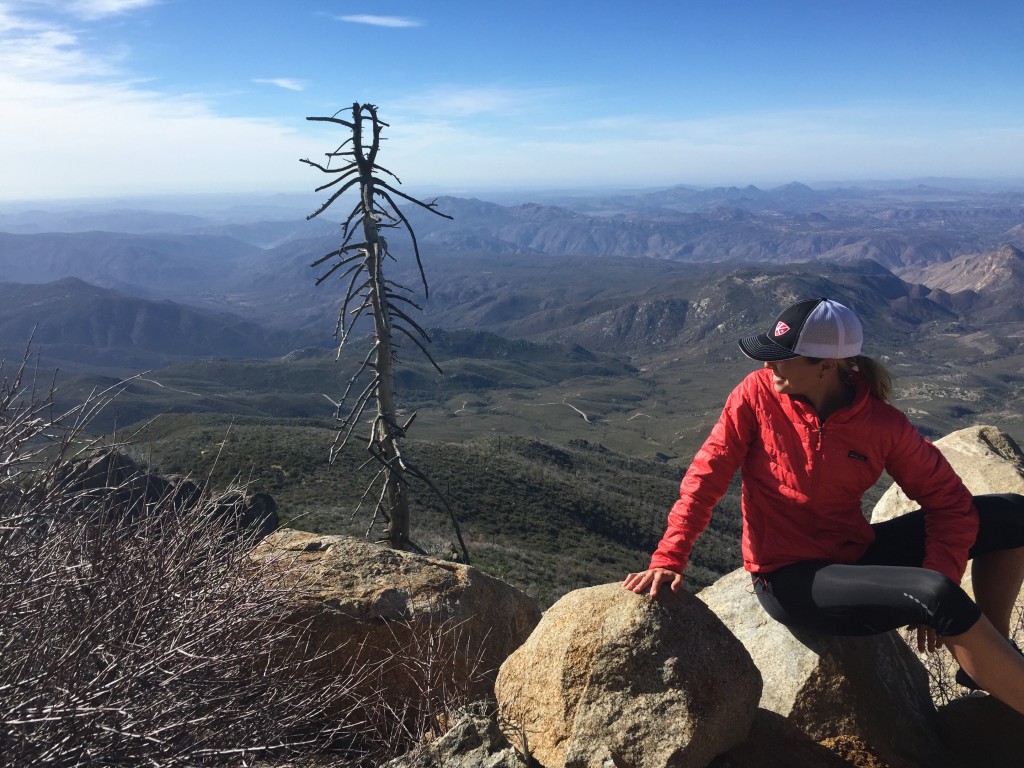 The view from Cuyamaca Peak.

Sometimes it’s hard to even write this stuff down.

The writer closes with “what little deaths are you welcoming this fall?” Here in Southern California, we have to look a little harder for it, but fall is still around us—in cozy darkness and this week’s rain. I haven’t answered her question yet; I might not until they’re already dead. Until new and unknown things come barreling toward me in the spring. 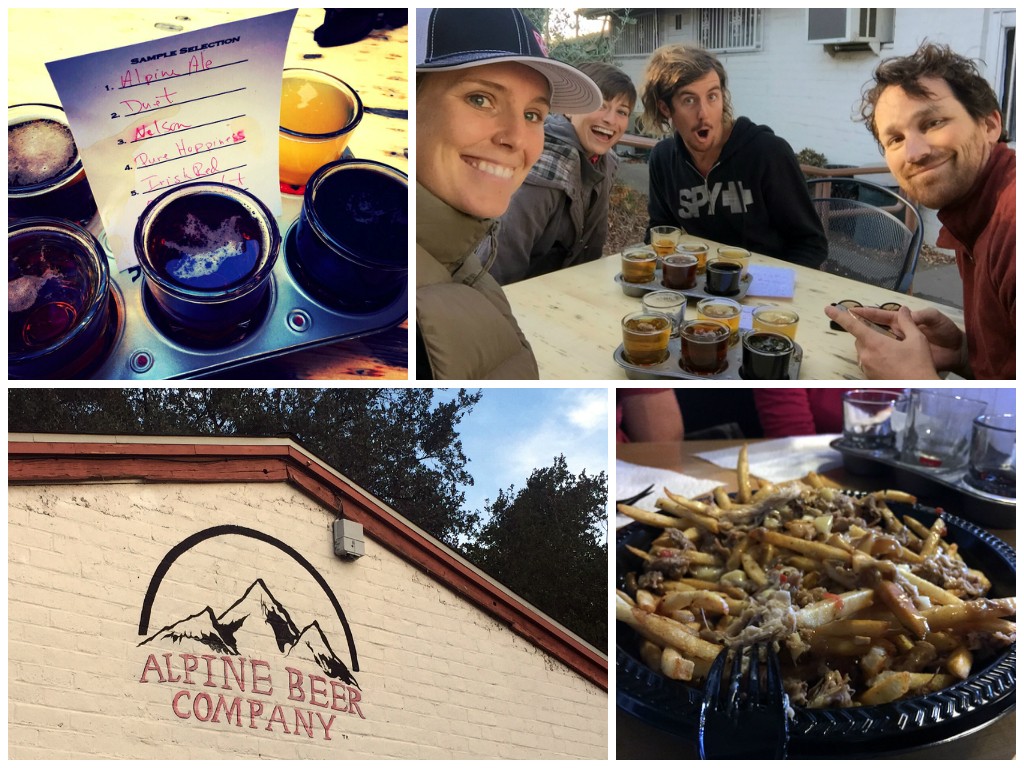 In addition to letting fantasies die, I’m also trying to let go of plans and expectations. I’ve been challenged lately not to tell myself so many stories about the future—how it should or shouldn’t look. I’m trying not to need to know. I’m trying not to think about whether I should make a big career change, or move to Canada before we get kicked out, or hire a coach. I’m trying not to think too hard about what strength regimen I’m going to follow this off-season, or obsess about whether to do Ironman Coeur d’Alene or Ironman Canada, or try to control so completely.

I want to be less tightly-wound, not so easily disappointed, more spontaneous, more peaceful.

The problem is, sometimes I think I try too hard even to do that.

3 thoughts on “off-season musings, part I”