Last week a friend brought over a paper grocery bag heavy with champagne grapes freshly harvested from her friend’s backyard vineyard (only in California, right?) I’ve never had so many grapes in my possession—tightly-clustered purple globes bursting with sweetness, and with their vines and leaves still attached. Ah, California. 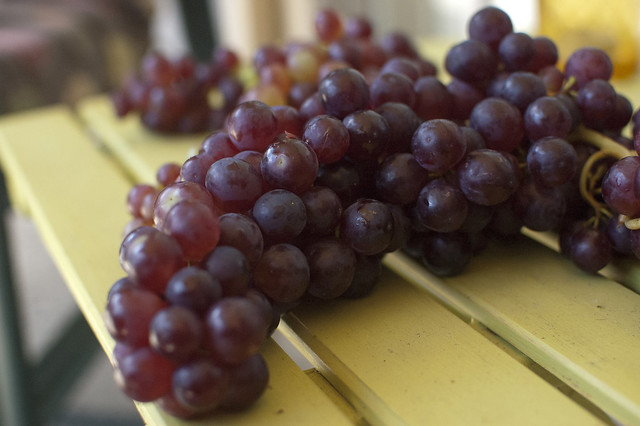 After eating so many I thought they’d ferment into wine in my stomach, and freezing even more in large Ziploc bags (nature’s popsicles!), the next question was how to deal with the rest.

Why, aigre-doux, of course! (Said no modern woman, ever.) 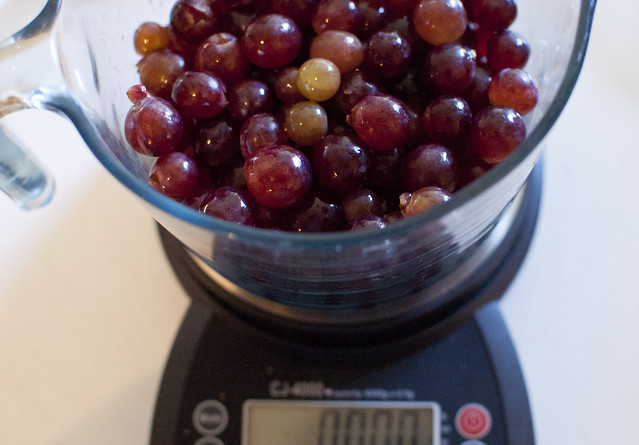 Among our many DIY books (cheese, cured meats, bitters), Paul Virant’s The Preservation Kitchen is a celebration of all things DIY seasonal/gourmet, without the hipster attitude. Most of the stuff looks way too obscure and/or daunting (lemon pickled turnips anyone?), but it’s a beautiful, inspiring book, nonetheless. So after my long ride last Saturday, I turned to the index to look up “grape,” and found only one entry: for aigre-doux. 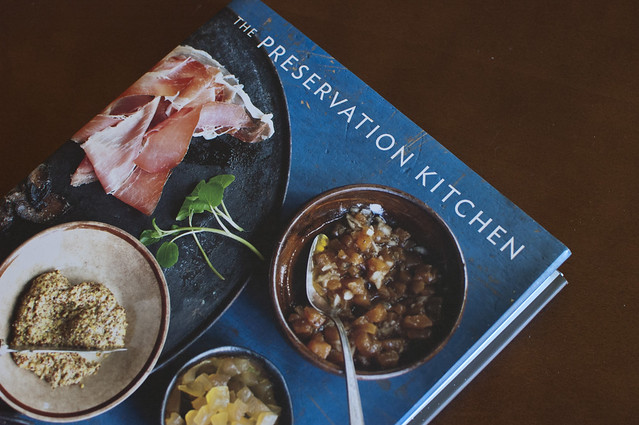 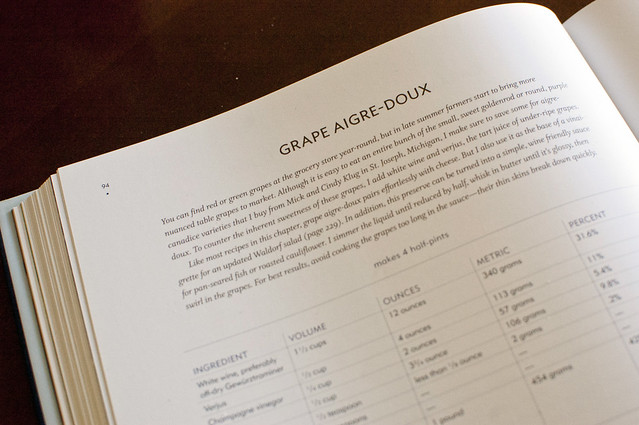 Aigre-doux is French for sweet and sour; a preserve Virant says is one of the easiest to make, and is made for “cheese snobs and wine geeks.” It’s made by preserving just about anything—squash, asparagus, berries—in a mixture of wine, vinegar, and spices. According to Virant, it’s about as versatile as it is easy. It “pairs effortlessly with cheese,” can be transformed into a pan sauce or glaze for fish (he simmers the liquid until reduced by half, whisks in butter until it’s glossy, then swirls in the grapes), or used as the base of a vinaigrette for an “updated Waldorf salad” (see recipe below). 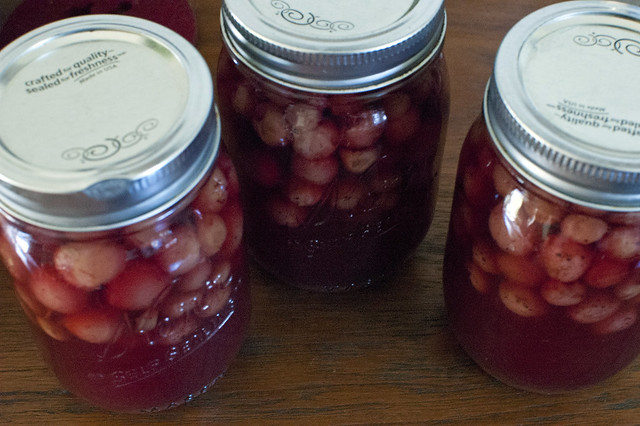 Other spots around the web feature these preserves in other forms, such as this blueberry aigre-doux from the same book, and a butternut squash version from Blue Kale Road. Watch out! This stuff could be the next kimchi or apple butter.

But remember, you heard it here first.

1 1/2 cups white wine (off-dry Gewurtztraminer)
1/2 Verjus (the tart juice of under-ripe grapes, which I couldn’t find, and so substituted with some vermouth and lemon juice.)
1/4 champagne vinegar (I used an orange champagne vinegar from Trader Joe’s I had on hand)
1/2 cup sugar
1/2 tsp. Kosher salt
2 tsp black pepper, ground
1 vanilla bean
scant 4 cups small red or green grapes (he recommends canadice, goldenrod, Bronx, or Thompson seedless, but I used what I had on hand)

This classic American salad is originally from the Waldorf-Astoria Hotel in New York City. Curry oil and the liquid saved from the above aigre-doux give the mayonnaise a 21st century update.