My body is tired, my bottles are washed, and my skin is sun-kissed. After last weekend’s deluge (which I’m sure many San Diegans are still discussing), this weekend drenched us in summer and treated us to a prime-time sunset. My weekend presented a multi-course dinner of social engagements and workouts—the standout being Saturday’s race simulation.

This is my first Ironman training cycle with race simulations on the docket. As a triathlete I do bike-run bricks up to two times a week, which are basically mini race simulations, but these Saturday workouts are different. For one they’re much longer, and they have a clearer focus on mirroring race day down to the details. I wanted to build on the first race simulation I did a month ago, and had a few more elements to test as well. I spent an hour after work prepping, and even came home early from a party on Friday night just to  make sure everything was ready (can you say OCD triathlete?) Here’s what I learned this time around. 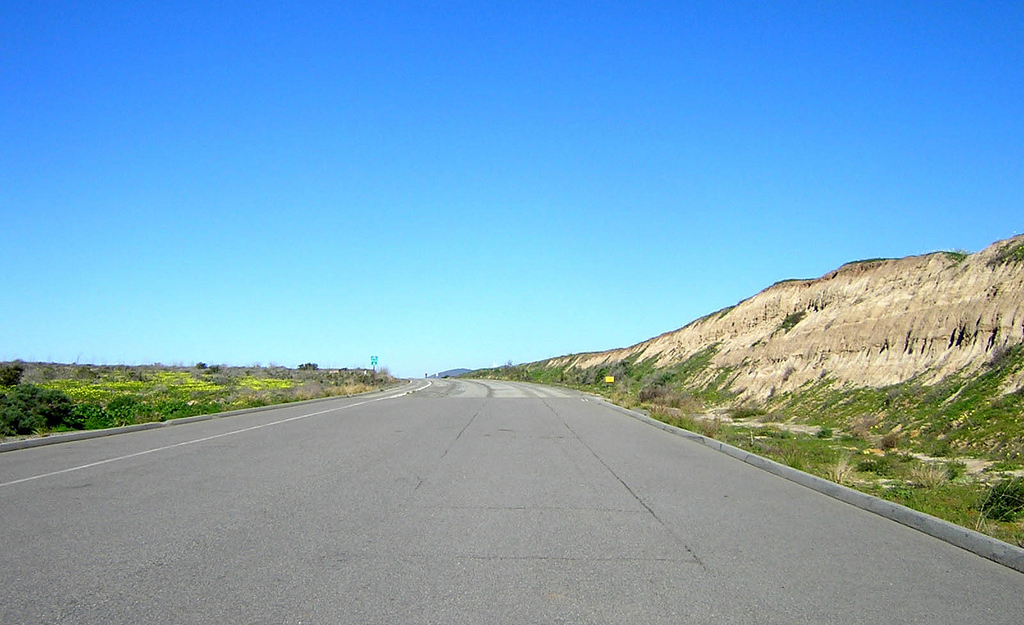 Camp Pendleton Marine Corps base: An unforgiving view to match the workout .

Race simulation tip #1: Plan ahead. Don’t leave a workout like this to the last minute. Put your race wheels on, and set up your bottle cages/tools like you plan to on race day. Now is the time to get it right. For the big day, make a list. Some examples from mine include: Tubes, C02 cartridges/filler, sunglasses, helmet, sunscreen, bottles, plain water, chamois cream, wet wipes, cash, credit card, license, Road ID, shoes (x2), visor, Garmin, heart rate monitor, scale (I conducted a sweat rate test as per my new Infinit guru, Kim Mueller). Bonus: The methodical planning and packing will also help your actual race-day prep seem more manageable.

Race simulation tip #2: Be a nutrition nut. A big training day like this is the perfect chance to practice the “fourth discipline of triathlon.” On the aforementioned guru’s advice, I ate a 500 calorie, carb-focused pre-race meal two hours before. For the workout itself, I chose to give the liquids-only Infinit approach a fair shot. The night before, I filled five bottles each with my 275 calories ride mix for a total of 1,100 calories. I froze two, and loaded up a cooler in the morning. No bars, no gels, no chomps, just “drink and ride your bike.” (Overall, it was a success. I’ll spare the nitty-gritty for now. I’m still learning and tweaking.) Cooler “special needs” bag in the trunk of the car.

Race simulation tip #3: Route recon. If you’re testing Ironman nutrition, you’ll need to build your route around restocking—either looping back to your car or house. (Alternatively, you can get a friend or supporter to meet you halfway, but this requires more planning and logistics.) I chose the nearby Camp Pendleton Marine Corps base as my home base. This meant my ride was a series of rather uninspiring out-and-backs through the base, but it was a small price to pay for convenience. My car became my built-in “Ironman special needs” stop: a place to restock my bottles, reapply sunscreen, “use the bushes,” that kind of thing. Bonus: My new Champion Systems kit has the perfect ID-sized shorts pocket, which I had to show multiple times to get in and out of the base. The perfect tiny pocket to stash cards, keys, or cartridges.

Race simulation tip #4: Pick your partners carefully. Though I had accepted the fact that I’d probably be riding solo for 5.5-hours, a last-minute message from my Nytro teammate Amy was like music to my ears: “I thought I’d still see if you are interested in a mostly flat ride tomorrow. I’ll be riding up and around Pendleton …” Um, YES! The ride gods were already smiling. Most race simulation workouts are too specific to accommodate others, but if you’re lucky enough to find someone on (roughly) the same plan, just make sure to communicate your intentions clearly—which Amy and I did multiple times. We stuck together until our respective plans had us going in separate ways, and our pace synced up well for three hours. She made the time fly by; as our joke went, “anyone who can make a short story long is a good ride partner.” The best part of the day!

Race simulation tip #5: Have a post-workout food plan. If the day was a game, this is where I lost points. There was so much to do and remember, that packing a post-race snack slipped through the cracks. Upon finishing my 40-minute brick run, there wasn’t a bar or banana in sight. Foolish, I know. With over six hours of training in my body and only sports drink in my belly, I was tired, hot, sweaty, and clue about what I was even craving. I merged onto the freeway in a famished stupor, watching McDonalds’ and gas stations and grocery stores roll by like some sort of warped Candyland. I stumbled into a sub shop I’d never heard of, and emerged with a Coke, salt and vinegar chips, and a turkey-avocado club. I felt like a queen as I sat alone on Carlsbad’s beachside strip, enjoying every morsel and basking under a gentler sun’s rays and a solid day’s work. 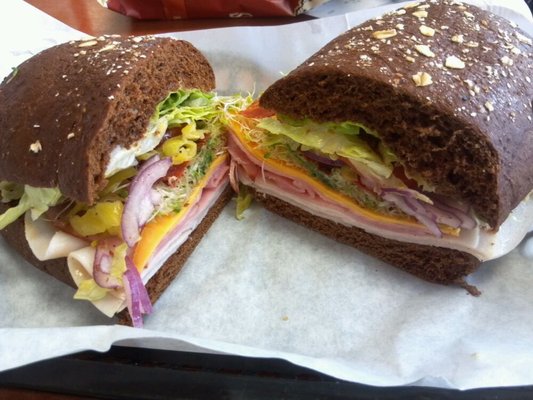 It was a hard but successful day. I had moments of discomfort and fatigue, both mental and physical. I had doubts about why I do this, and “I have to run now?!?” thoughts and points where I hated my bike and the wind and my body. But at home, showered and cuddled up with my cat and my workout data, I felt that sense of weary satisfaction that only this type of all-consuming training brings me. I didn’t even care about the next day’s long run, approaching it this time around with more modest expectations.

And it was a good thing I did. Sunday I had to learn, again, that that no race build is perfect; like friends, days, sleeps, cups of coffee—you’ve got to relish the good ones.

One thought on “dress rehearsal”