My flights for Ironman South Africa are booked. April 6th is just a click away on my Google Calendar. Six magical weeks. I can feel myself entering “the zone.” That sacred and strange pre-Ironman period where everything seems important. Workouts, nutrition, sleep. There’s a new quietness, as if everything shuts down to make room for the gaping maw that is Ironman training.

And I love it all. The soreness and the deep cravings (yoga! massage! meat … now!). The structure that swimming, biking, and running gives everything else. The unrelenting cycle of packing for the next morning’s workout: shoes, watch, water, towel, comb, work clothes, breakfast, swim gear, snacks, socks—it’s a wonder I’ve only forgotten underwear once in my triathlon training history. Then, after work and a second workout, there’s the dumping of sweaty clothes and dirty food containers, feeding, stretching, and flopping down on the couch. Then it’s back to packing bags and pumping tires before my 9:30 bedtime calls.

Aside from a rare bonk on my Sunday long run, things are going well. I’ve been enjoying some fresh advice from a friend who’s been generous with his time and experience. (A training buddy told me today that I have too many coaches. As the hubby reframed it later: no I don’t, I have a Board. I’ll go with that.)

So, it being Valentine’s eve, here are a few things that are winning my triathlon heart these days:

Rubio’s Grilled Grande Bowl. Last night, after my second workout of the day, I was starving, but lacked the energy to even scramble an egg. I was laying on the floor, just waiting to hear the words, “want to go out?” Upon discovering that a place we’d been wanting to try was closed, we hit Rubio’s. I was impressed, for the second time. I ordered mine with steak, and grilled vegetables instead of cheese. With cabbage, black beans, rice, steak, veggies, guac, and copious toppings from the salsa bar, it was a tasty and nutritious meal for 7 bucks.

Not the exact one I had, but you get the idea.

Switching up my winter run focus with new “fairy dust” trainer workouts. They’re not mine to publish here, but let’s just say they’re a whole new level of love. Since we don’t have a garage for me to hide away in, I’m stuck being the centerpiece of our living room for now. Which brings me to … my new Cannondale Slice! I can’t say it has won me over just yet, but it’s a nice-looking bike with Di2 shifting, and great potential. I still have a few tweaks to make/parts to swap, but our first five-hour date on Saturday left me with only a few minor aches. It’s a work in progress, but I’m grateful for it.

My first race simulation workout. Another advisor/friend had recommended I do a race simulation workout six weeks out from race day. While I’ve tested nutrition and gear before, it was generally on moderate rides. I packed the car up early on Saturday and was off by 7:30 to tackle the Henshaw loop with three hardy friends who’d agreed to come along. After two hours easy, I switched into Ironman race pace for the remaining three. I followed it all up with a 60 minute run—longer than I usually do. It was a huge confidence-booster and a successful day, even if it did leave me with nothing in the tank for Sunday. (Lesson learned: don’t schedule a long run with tempo efforts after a race simulation workout! Training at race pace can be just as taxing as racing, and clearly, I didn’t treat it with the same respect.) I got home at 4:45 pm—a long day—and quickly cleaned up for the Endurance LIVE awards downtown. I was too focused to document the day in pictures, but I did snap this one of both my pre-workout breakfast, and my post-workout frozen yogurt. A day bookended, of course, by food: Scrambled eggs with mashed squash on toast, with cured salmon. Golden Spoon fro-yo and a rare sighting of me in pink.

I don’t know why it took me so long to realize that Stone Levitation is just 4.4% alcohol. And remarkably flavorful for such a “light” beer. I’ve recently christened this stuff my new “training beer.” For when I’m not having one of Mark’s amazing shims, or low-alcohol cocktails. (Post to come on these.) 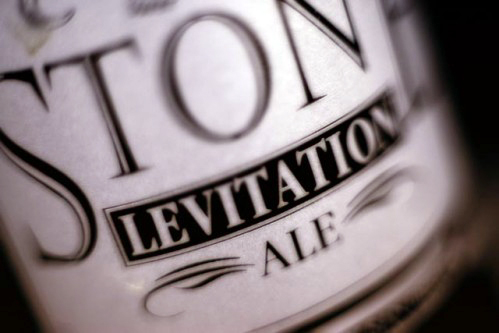 Adaptation. I’m continually fascinated by this. How my Tuesday treadmill sessions started out so monumentally hard, and now are something I almost look forward to. Me + iPhone + Spotify + Jabra headphones (and this week, short program pairs figure skating) = a rather pleasant way to spend 90 minutes on a treadmill. (I know, I know, it’s a travesty when I live in SoCal, but I’ve found a weekly treadmill run to be a refreshing break for the joints and the head.)

Adaptation goes beyond perceived exertion, too. I’m not as lean as I was for my first Ironman, but I’m stronger, and my body shows it. My shoulders and arms seem bigger and broader, but it’s a small price to pay for how much I’m loving swimming. It’s a topic my friend Marni wrote about recently on her blog, to viral post fame. 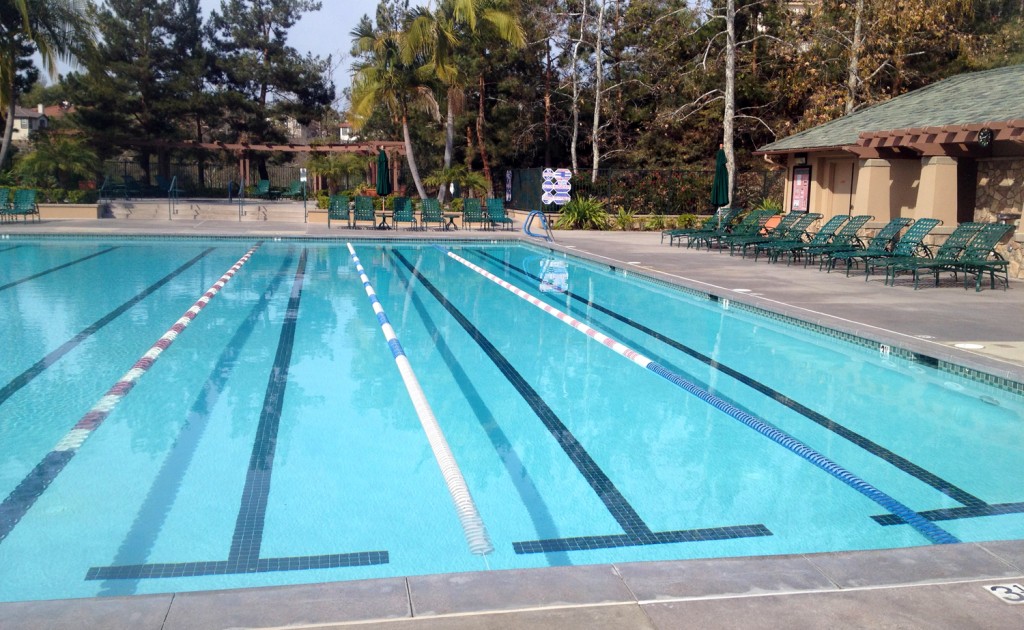 Two new pools, both less than a five-minute scoot from my front door. I still love my dear Y for Masters, Andrew’s Tuesday yoga classes, and the (very) occasional strength workout, but the brand-new Alga Norte Aquatic center is winning lots of hearts in North County. And then there’s my “secret pool,” a delightful place for an afternoon technique session with a (also new) training buddy.

And lastly, my new pair of mold your own earplugs from Radians. My upstairs neighbor is a stomper, which doesn’t agree very well with my aforementioned bedtime.

Which, speaking of, is getting closer as I type…

One thought on “training love”