For all who shake in their boots at the prospect of yeast breads – weighing, mixing, rising, timing, punching and shaping – I’ve got something promising a more instant gratification: quick bread a la bananne. Quick breads. The faithful easy-come, easy-go friends so unlike traditional yeast bread. (Who, let’s face it, can be a bit of a drama queen.) I know I know, banana bread doesn’t make a very good turkey dijon panini, but they more than make up for it when it comes to tea, unexpected guests, or cloudy mornings.

So you say you can’t bake. Quickbreads are about to whisk you to lands flowing with cinnamon and molasses. Innocently pretending to be bread, the quick bread family is a cross between muffins and cake. Plus, they can be a lot healthier.

The recipe I’ve used most frequently for the classic quick bread (banana) is actually from Runner’s World magazine. I liked it enough to stick with it for a few months, but I’m not as loyal to recipes as I am to people, and I cheated.

It’s like this: when I stumbled upon a recipe with bourbon in the title, I abandoned my running shoes for the bottle of Granddaddy Bourbon I got for my birthday last year. I’ve always thought it tasted faintly of bananas anyway, and so the idea of having more banana in my bread – with highlights of caramel and butter to boot – seduced me.

If anyone asks, just tell them the bourbon made me do it. 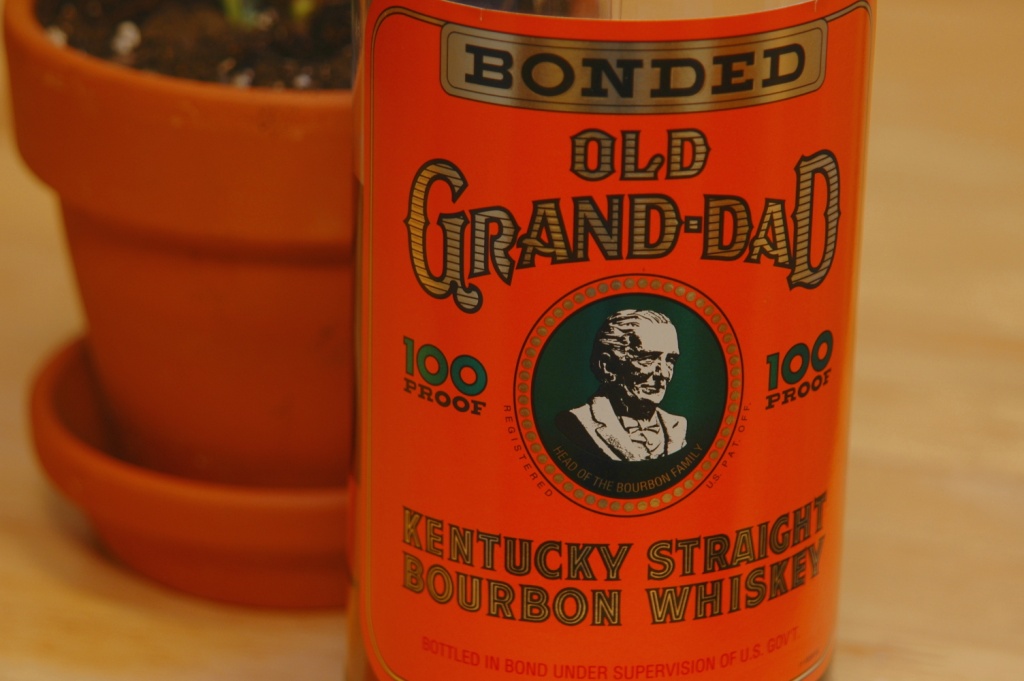 It turns out there were things in the original I wasn’t willing to give up. Rather than making a complete switch, I let both recipes into the ring to duke it out for my affection. A tweak here, an addition there, and I had it. The shoes were back on.

My next project: a name. I couldn’t use “Runner’s World Banana Bread” as I’m sure that would turn many of you non-runners off, causing you to walk away from my site immediately. An’ I shur as hay-ell couldn’t tell it laik it was, wit that there bourbon n’ it n’ all, lest some of you think me lower than a snake’s belly in a wagon rut.

And so I present to you, ladies and gents, a hot new recipe out of the NY State pseudo-south: my very own Bourbon Banana Bread. And, for no extra charge, the recipe that taught me how to make these quick-draw breads the right way. 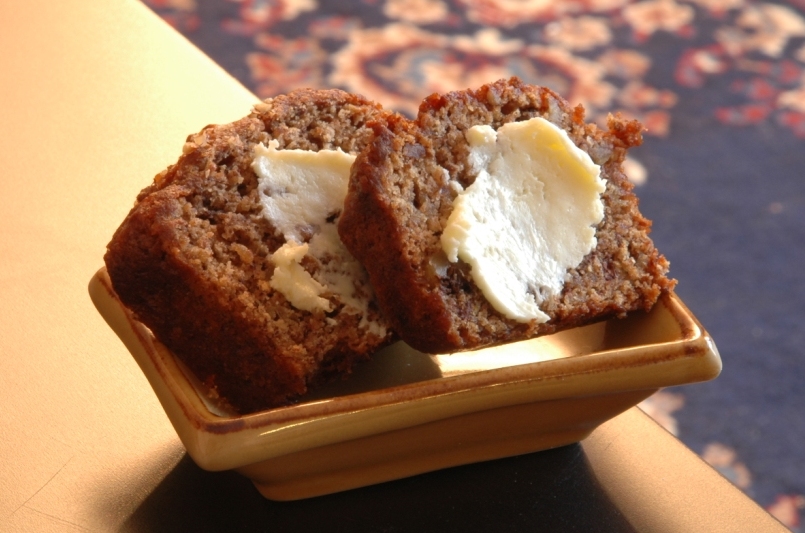 As with most quick breads, you don’t need a stand mixer for this recipe. This batter comes together so fast, I’m usually left with mashed banana on my fingers thinking “why don’t I make this every week?” That’s the problem with (as we call it ‘round here) make-agains: you rarely make them again. And as a further warning: starting a food blog = certain death for cooking regularity. Oh well. Who said life, or eating, should be regular?