Gooooood evening and welcome to the second edition of Spoony Sundays, where we forsake forks and knives for that most graceful of utensils. This week our tastebuds will be given quite a runaround. First, we’ll dip our spoons into the smoky-spicy soup pots of the south and then lift bowls overflowing with lip-puckering eastern infusions.

The first black bean soup I made was off the label on a can of (you guessed it) black beans. It was one of the easiest recipes I’ve ever made— beans, corn, salsa, lime juice, and some cumin. In spite of its delicate simplicity though, I eventually had to face the hard fact that my “I just moved out on my own” bean soup was lacking a little something something. 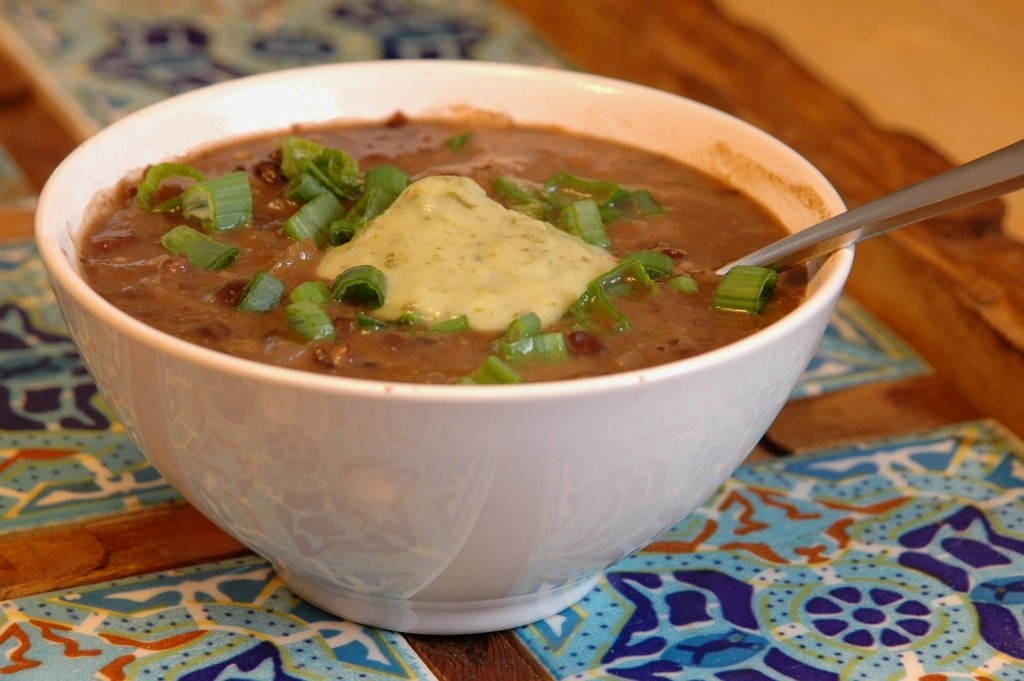 The kind of soup I was after is hearty and rugged, dark and a little bit dangerous. The kind I picture cowboys and frontiersmen rigging up over campfires and eating out of dented tin pots. I couldn’t find any recipes in the latest issue of American Cowboy, so I turned in the opposite direction: Food and Wine. (Like I always say, when the guys in boots let you down try the ones in kitchen clogs.)

F&W’s Mexican Black Bean Soup got an 8 out of 10 out of me. I’m beginning to see how you really need hefty meat stocks for true depth of flavour, but I just didn’t have a ham hock laying around for that kind of recipe. The blob of green on garnishing the soup is my improvised a cilantro-cream. 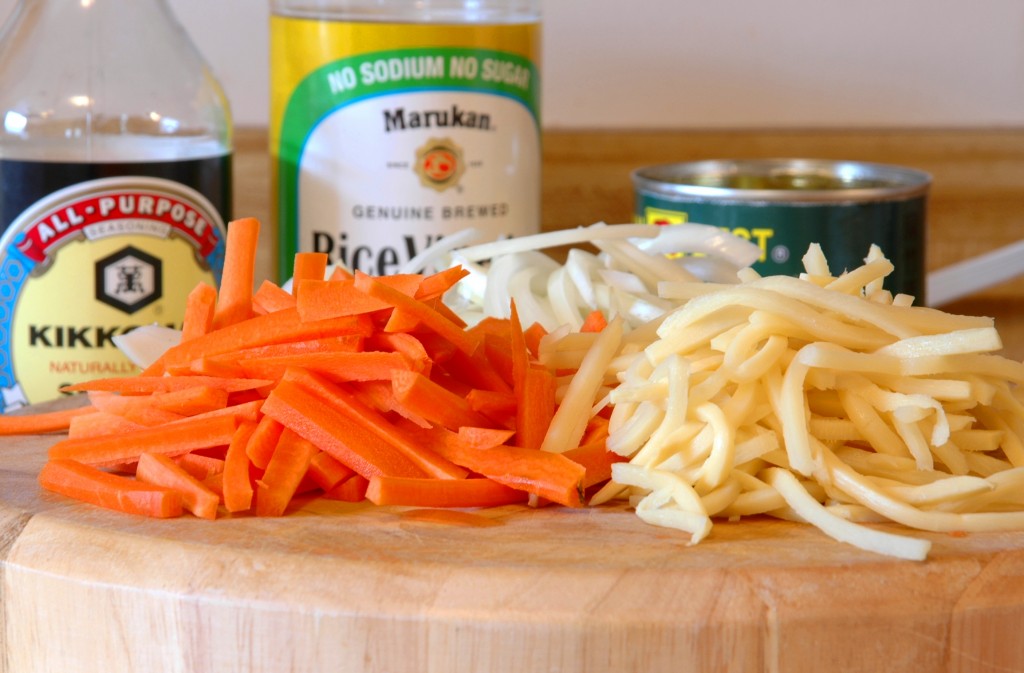 My second guest tonight is Mandarin Hot and Sour Soup from the Moosewood Restaurant Celebrates cookbook. By the way, if you have trouble coming up with menu plans for parties and special occasions, this is a great book. I can’t wait to try their chocolate-filled calimyrna figs (when such a specific craving next overtakes me).

But before I proceed with extolling the joys of recreating a slightly foreign favourite, I just have to introduce you to the woodear mushroom, or auricularia auricula-judae for short. There he is, making his debut appearance on my blog and in my life. Good to have you, auricula. You were a delight to work with, so slippery in my hands and on my little Asian spoon.

My first attempt at Hot and Sour soup — something I’ve only had the pleasure of enjoying at a Chinese restaurant — was gratifying even if for that reason alone. I also don’t own a mandoline, so julienned carrots came about via a slightly longer, zen-like process (old-fashioned chopping). I still ended up with some pretty nice looking carrot matchsticks — an evocative technical term if I ever heard one. The woodears and bamboo shoots came from our local Asian market. 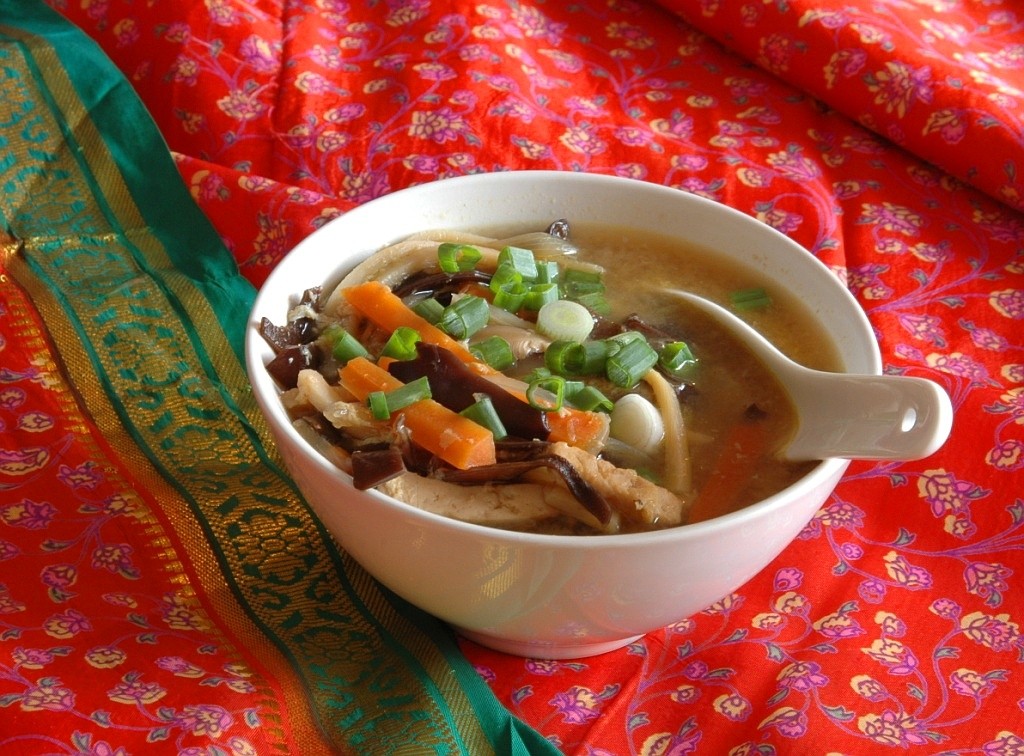 Both of these soups are thick, simple to prepare, and use affordable ingredients. Both can be made vegetarian or even vegan, and both respond well to flashes of creativity and flourishes of genius. As some of you already have, please let me know if you try these out and how they work for you.

by the Moosewood Collective.